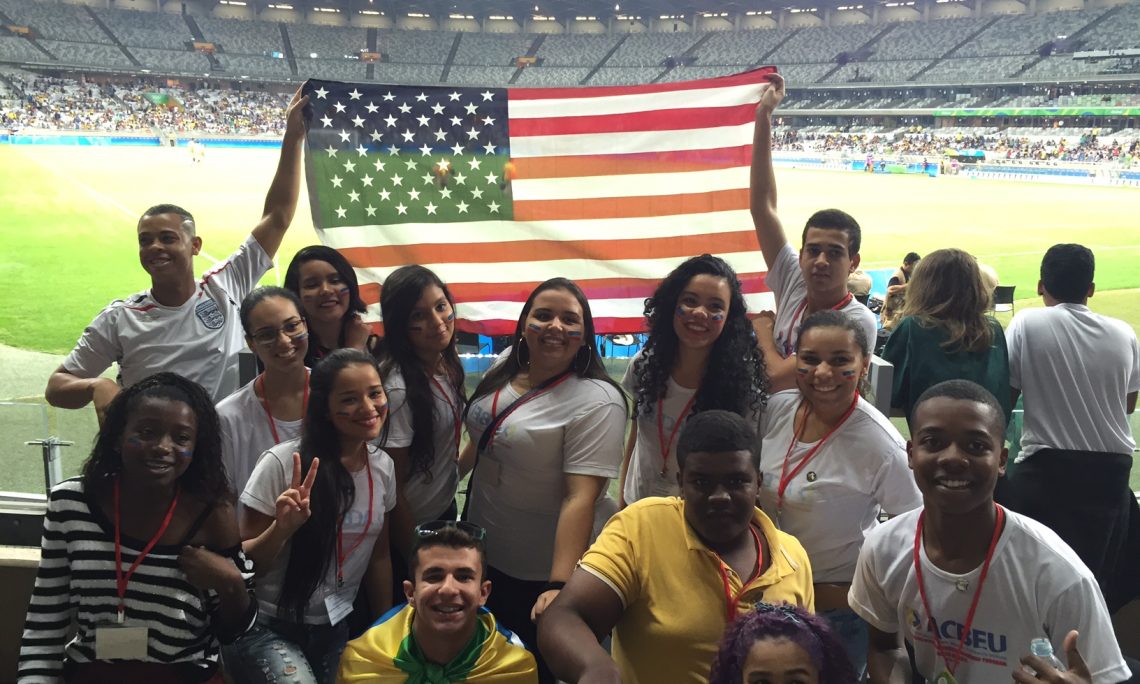 Seventeen students from the city of Juiz de Fora were at Mineirão stadium last Saturday (August 6) cheering for the U.S. Women’s Soccer Team in the match against France during the 2016 Olympic Games. The students come from several different public schools in Juiz de Fora.

The match, in the soccer tournament’s G group, ended in an U.S. victory of 1 to 0 with a goal scored by captain Carli Lloyd during the second half.

ACBEU Director Vanessa Barbosa, who supervised the group of students, said: “I can’t begin to describe the emotion of each student in participating in an event of this magnitude! Many of them had never before left Juiz de Fora! I’m sure that these students returned from the game with feelings of respect and admiration for the United States and the certainty that we can indeed live in a world of peace and harmony. That’s the Olympic spirit!”

The Department of State’s English Access Microscholarship Program (Access) provides a foundation of English language skills to talented 13-20 year-olds from economically disadvantaged sectors through after-school classes and intensive sessions.  Since its inception in 2004, approximately 95,000 students in more than 85 countries have participated in the Access Program. The program arrived in the state of Minas Gerais, Brazil in 2016, where it is held in two cities: Belo Horizonte and Juiz de Fora, with a total of 40 students.