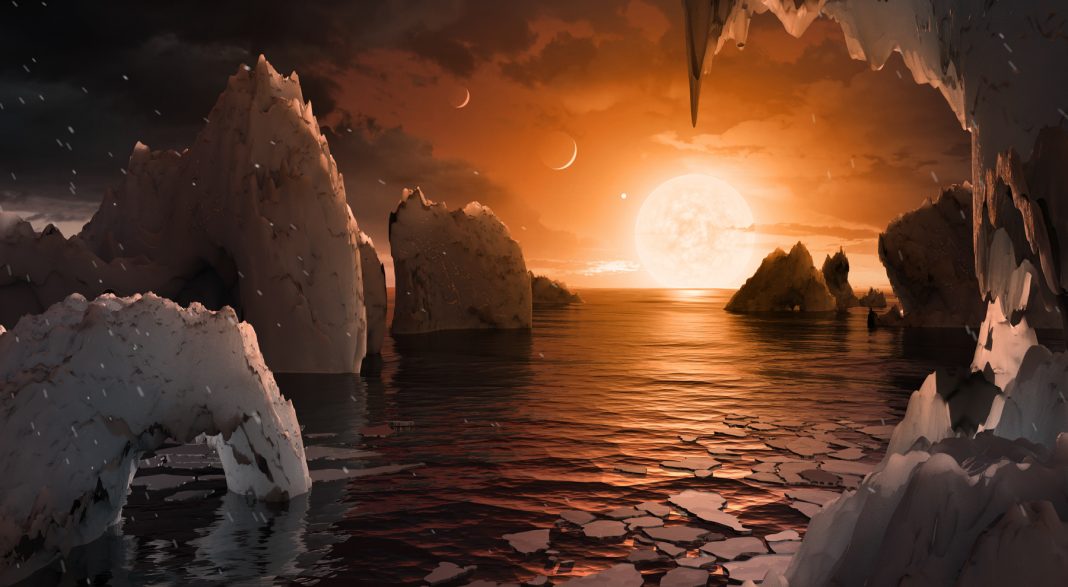 NASA is one step closer to understanding whether another Earth-like planet exists.

The U.S. space agency has found seven planets orbiting a nearby star, with three in orbits that would allow liquid water.

“The discovery gives us a hint that finding a second Earth is not just a matter of if, but when,” said Thomas Zurbuchen of NASA’s Science Mission Directorate on February 22.

The seven rocky planets don’t have names yet. They orbit a dwarf star called Trappist-1 that is about 40 light-years away.

Current technology doesn’t allow scientists to directly observe the new planets. But next year, when NASA launches the James Webb Space Telescope, scientists will be able to figure out if three of the planets have liquid water and other chemistry that would increase the probability for life.

The planets were discovered by a Belgian telescope in Chile called Trappist and NASA’s Spitzer Space Telescope.