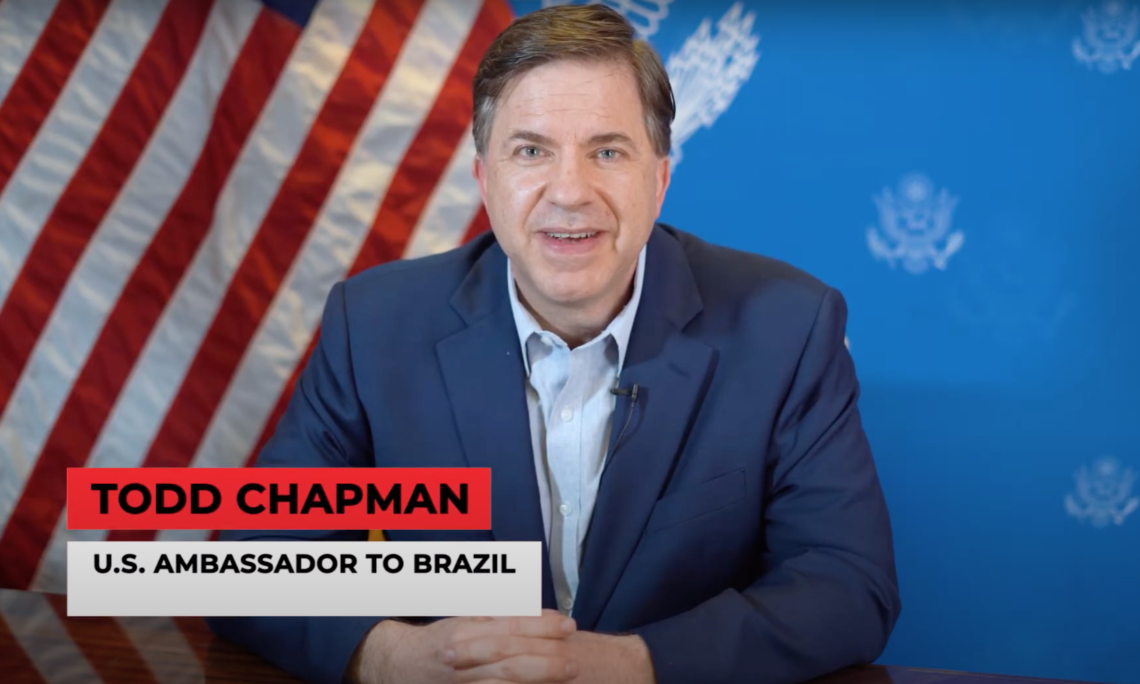 Brasilia, April 13, 2020:  The U.S. Embassy and Consulates in Brazil have no higher commitment than the safety and welfare of U.S. citizens traveling and living abroad.  Ambassador Todd Chapman speaks to U.S. citizens in the following video.

In his personal video message, Ambassador Chapman said: “Our team of over 1500 Brazilians and Americans at the U.S. Embassy and Consulates General in Brazil are working diligently to assist Americans throughout Brazil, and we want to support you.”  Separately, Ambassador Chapman also said: “The United States and Brazil have a long and productive collaboration in health, and this relationship continues as we work together to combat COVID-19. Together we will overcome this!” See our Fact Sheet.

On March 19, the U.S. Department of State issued a Global Health Advisory Level 4, advising U.S. citizens who live abroad to avoid all international travel because of the impact of COVID-19.  U.S. citizens who live in the United States and are temporarily traveling overseas should arrange for immediate return to the United States, unless they are prepared to remain abroad for an indefinite period.

Commercial flight options to and from the United States currently exist, although limited and always with the possibility of further reductions in the future.  The U.S. government does not currently anticipate arranging repatriation flights in Brazil.  Domestic flights within Brazil also have been drastically reduced.  While the major airport in each state currently provides flights to Sao Paulo, nonstop/direct flights between Brazilian cities are extremely limited.