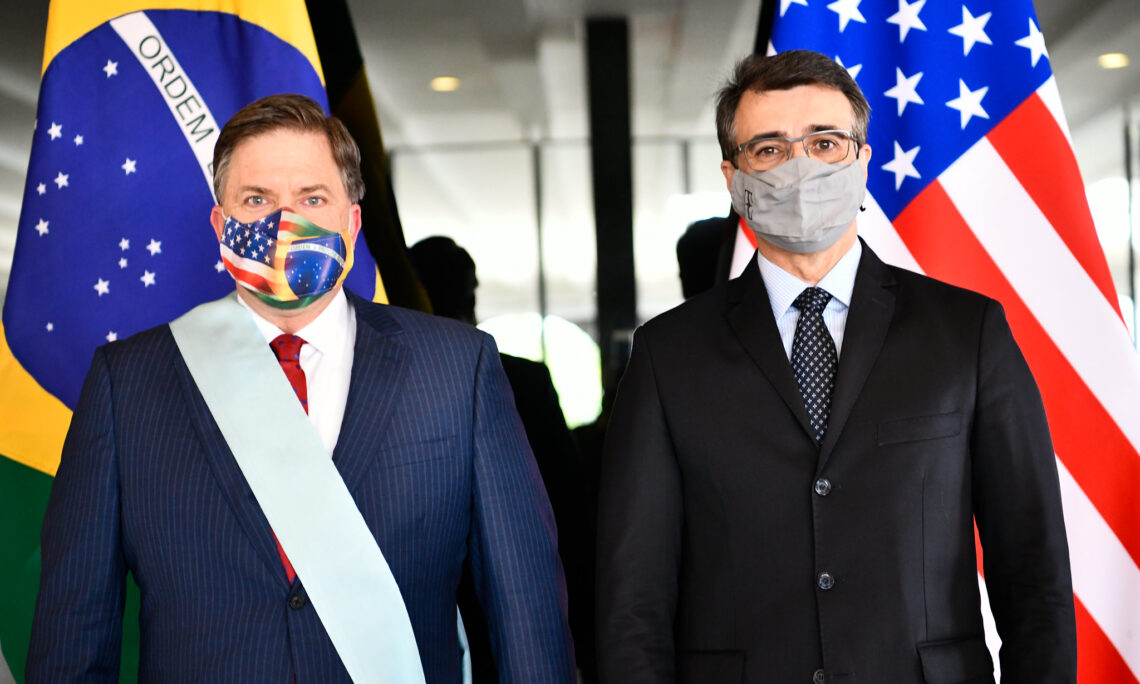 The insignia is the highest Brazilian honor awarded to foreign citizens

The U.S. Ambassador to Brazil, Todd Chapman, received, on the afternoon of Tuesday (20), Brazil’s National Order of the Southern Cross. Minister of Foreign Affair Carlos França presented the medal in solemnity at the Itamaraty. They recognized the Ambassador for his efforts related to fighting the pandemic, trade, defense, the environment, and space and scientific cooperation.

“I am truly humbled to be joining an order into which Brazil has inducted such great Americans as Astronauts Neil Armstrong and Michael Collins, President Dwight D. Eisenhower, David Rockefeller, and Hellen Keller.  Serving as the U.S. Ambassador in Brazil – strengthening the vital friendship between my nation and your own – has been one of the greatest honors of my more than thirty years of service as an American diplomat,” Ambassador Chapman said. Brazil and the U.S. have partnerships not only through their governments, but also through trade, culture and democratic values.

The National Order of the Southern Cross originated from the Imperial Order of the Cross, established by a Decree on December 1, 1822 from Emperor D. Pedro I, to mark his Acclamation, Consecration, and Coronation as Constitutional Emperor of Brazil and its Perpetual Defender and is an allusion to the geographic position of the country under the Constellation of Southern Cross, and also in memory of the name “Terra de Santa Cruz – Land of the Holy Cross” – given to Brazil at the time of its discovery.