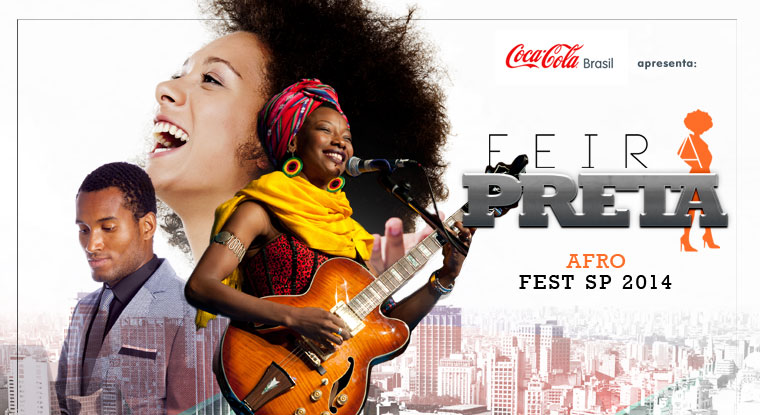 The 2014 edition of Feira Preta, the largest Afro-Brazilian culture fair in Brazil, took place December 2-7 in São Paulo, drawing over 18,000 visitors and over 100 exhibitors including artists, civil society organizations and entrepreneurs, among others.  The U.S. Consulate supported the December 3 seminar on production in the creative industry at the Social Service of Commerce (SESC) Center for Research and Formation, which featured a presentation by entrepreneur Kumi Rauf, creator of the “I Love Being Black” brand, with over 6 million followers on Facebook.

Rauf participated in discussions with founders and directors of several Afro-Brazilian festivals, sharing relevant experiences from the United States and suggesting potential areas for collaboration. “I Love Being Black” began with the sale of T-shirts in 2003 and has grown into a cultural movement.  According to Rauf, the success of the brand is because it was created by someone who experiences the problems faced by people of African descent.

The US Consulate in Sao Paulo has supported Feira Preta for over 10 years as part of the US government’s commitment to promoting social inclusion in Brazil and cultural exchange between Brazilians and Americans.