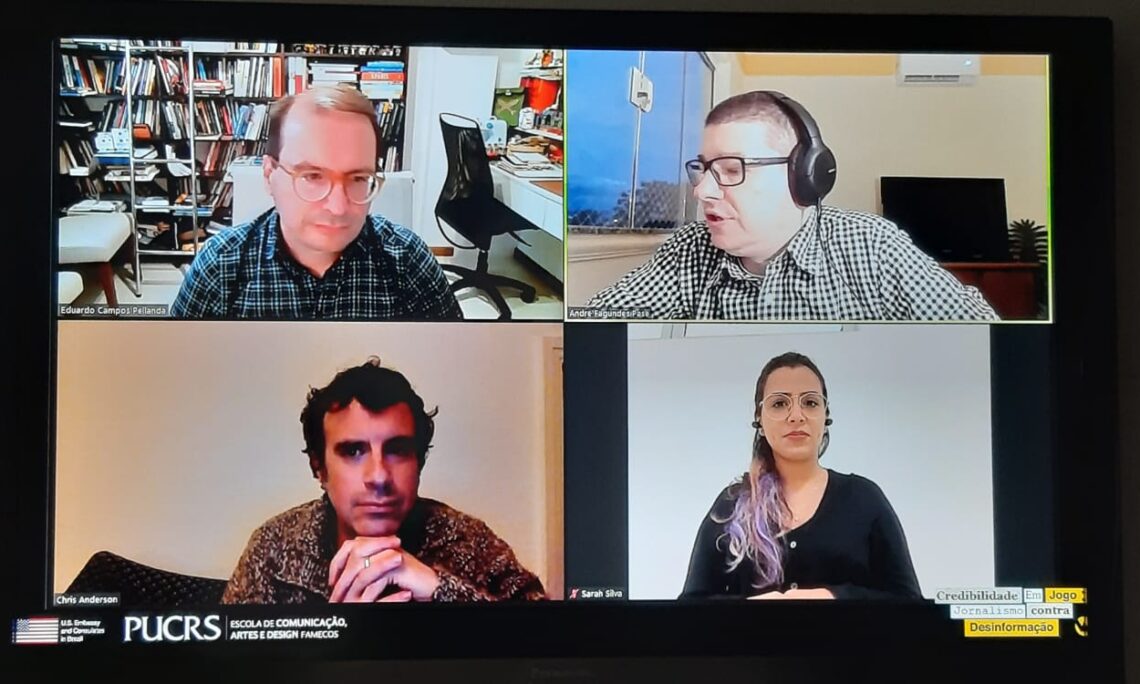 Aimed at journalism students and the general public, webinar was broadcasted for free by PUCRS YouTube channel

Porto Alegre, December 9, 2020 –  C.W. Anderson, known for his research in data journalism, closed the virtual and free event Credibility at Play: journalism against disinformation, held yesterday, December 8, by the Journalism course of the School of Communication, Arts and Design – Famecos / PUCRS with the support of the Consulate General of the United States in Porto Alegre. Anderson’s lecture was simultaneously translated to Portuguese and to the Brazilian Sign Language.

Divided into three panels, the event discussed the journalistic activity as an instrument to combat disinformation and fake news. Those interested in wtaching the recording of the event should access the PUCRS channel on YouTube (https://bit.ly/PUCRSJornalismodeDados).

C.W. Anderson is an American who has lived in England for a year and a half, holding the position of Director of Research and Graduate Studies at the University of Leeds, where he is also a professor of Journalism, Media and Communications. Well–known in Brazil for the 2012 Report on Post-Industrial Journalism with Emily Bell and Clay Shirky of Columbia University, Anderson is also the author of the book “Apostles of Certainty: Data Journalism and the Politics of Doubt” (2018), in which he analyzes how the idea of data journalism has changed over time.