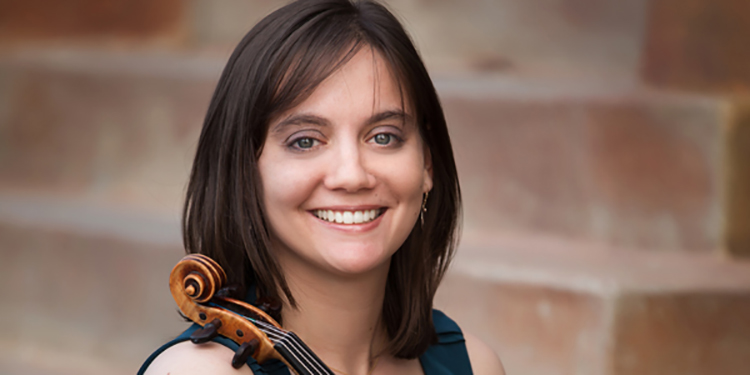 The U.S. Consulate General in Recife scheduled a series of activities in the capital of Pernambuco state with the American violinist Francesca Anderegg. The musician gave a free concert accompanied by Recife’s Orquestra Criança Cidadã (OCC) at the Luiz Mendonça Theatre in Dona Lindu Park, a recital at Oficina Brennand, and shared even more experiences with the young OCC participants.

Founded in 2006 by the Child Citizen Welfare Association, the OCC looks to promote social inclusion and professionalization through classical music instruction. The project serves 227 children between the ages of 7 and 23 from Coque, one of Recife’s most violent neighborhoods.  More than 500 people came to the theatre to watch the concert on March 29, 2015. “It is wonderful to see the public’s interest in classical music. The result of this cultural exchange between a renowned American violinist and young musicians was incredible,” remarked Matt Keener, public diplomacy officer for the American consulate in Recife and the event’s coordinator.

Francesca Anderegg attended Harvard College and Juilliard, the latter being considered one of the best conservatories in the world, located at the Lincoln Center in New York.  Francesca received the Leonore Annenberg scholarship for Performing Arts in 2010.  Her debut album, recorded with pianist Brent Funderburk, was released by Albany Records in July 2012. Committed to education, Anderegg teaches at St. Olaf’s college in Minnesota and teaches courses during the summer at the Interlochen Center for the Arts, in addition to giving concerts.