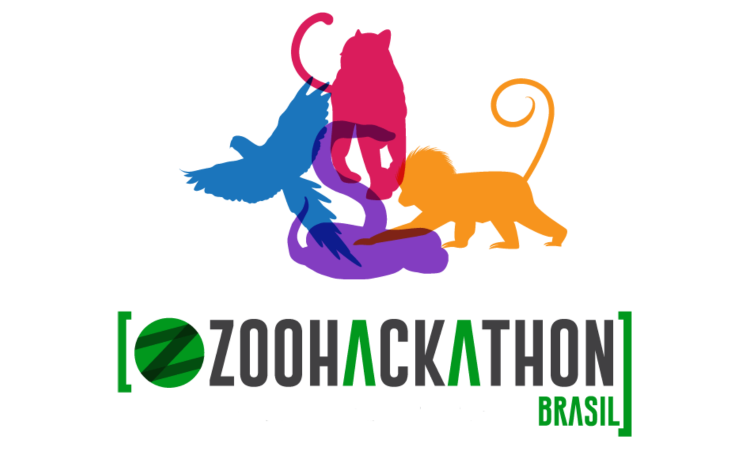 Three Brazilian projects were selected to compete in the global stage, which takes place from November 18

Brasilia, November 17, 2020: ZOOHACKATHON Brazil 2020 revealed the winners of the second Brazilian edition of the event. The marathon, which this year took place 100% online, brought Brazilians together to create creative and innovative solutions to combat animal trafficking around the world. The top three will compete in the global stage, which begins on November 18 and includes the best places from the countries of Europe, the Middle East, Africa and northeast Asia. The winning teams will be announced in mid-December.

“It is essential to realize that wildlife trafficking is present in all layers of society and to know that any illegal practice of capture and commercialization, however small, ends up impacting on the survival of species and biodiversity in their regions. I believe that people can contribute by raising awareness of friends and relatives on the topic. Encourage those interested in creating wild species to buy from authorized breeders. And of course, denounce the illegal sale and creation to the Brazilian authorities,” says Pablo Valdez, environmental, science, technology and health adviser at the U.S. Embassy in Brasilia.

The Rapinas da Mata team was the big winner and developed an application called Fauna Authentication (FA), which offers a solution to prevent the falsification of documents, one of the major problems in combating the illegal trade in wild animals in Brazil. The application will track the individual documents issued by the official authorities through a QRCode, thus being possible to decrease the number of animals that have the falsified documentation. The team’s goal is to carry out a pilot plan in Brazil, together with non-governmental organizations (NGOs) that help wild animals throughout the country, especially in the Amazon region.

“Unfortunately, the falsification of animal transport documentation is more frequent than we think, which makes it difficult for the inspection to work. With our app, each document will have its own QRCode and the tax man will receive the copy, to check the data or if it is an attempt to falsify. We also created a website linked to the application so that people can report if they see any traffic situation”, explains Maira Gazzi Manfro, a chemical engineering student and member of the Group Rapinas da Mata. Also participating in the project were Camila Siqueira Costa, student of Veterinary Medicine, Junior da Silva Mata, architecture student, Davi Coscarelli Ciriaco, computer science student, and Luciano da Silva Dantas, student of Information Technology.

The second place was with the BioUp team that developed a platform that unifies the control of the creation and cultivation of wild animals and facilitates access to information, assisting agents of the Brazilian Institute of the Environment (IBAMA) and the Federal Highway Police in the fight against fraud and biopiracy. “Briefly, our proposal is a blockchain-based platform to serve as a search tool for rigged licensing. In this way, the field agent with an application (which is ready) can search for a washer, for example, and beat the bird information with the invoice”, says Sam Adam, master in Science Teaching and biology teacher, who composes the team along with Ricardo Azanha, Professor of Administration, João Ricardo Recanello, programmer, Vanessa dos Anjos, biologist and Fernanda Faillace, designer.

The third place was with the Team Project Kauana, which proposed a platform to combat wildlife trafficking on the roads. The project allows the identification and detection of vehicles that are suspected of transporting wild animals, through the installation of a term display on highways, connected to an online platform, unifying data of wildlife trafficking routes throughout the country and facilitating communication between surveillance agents. The group is composed of Andreia dos Santos Alvim, student of Biological Sciences, Jakqueline Sousa Lopes, student of Veterinary Medicine, Ana Carolina Dias Oliveira, specialist in Environmental Education and master’s student in natural resources of the Cerrado, Poland Cíntia Nunes Rocha, master’s student in Biodiversity and Conservation, Luíza Morrone de Oliveira Paes, student of Veterinary Medicine and Beatriz Piatto Scapin, student of Environmental Engineering. “For the future, we will seek support and connections with various professionals and sectors to make this project take shape and actually materialize. We know that wildlife trafficking grows every day and that combating it becomes increasingly challenging. Therefore, we intend to continue to study and develop more projects on this theme that threatens our biodiversity so much,” says Andreia, representative of the Kauana Project.

“There was a great effort by the organization and the FREELAND BR Supporter, in making content available before the event and complementing mentoring with people who follow the fight against trafficking daily. We are very pleased and proud of the teams that submitted their projects by the high standard of quality and relevance in the cause”, adds Arlete Scheleider, director of the WAAS Institute and organizer of ZOOHACKATHON Brazil.

ZOOHACKATHON Brazil is a worldwide competition with the aim of creating creative and innovative solutions to combat animal trafficking around the world. This year, the marathon was 100% online and brought together students participating from all Brazilian states and in any area of activity, preferably with knowledge in software or hardware development, design and business, entrepreneurs, university students, environmentalists, zoos, academics and NGOs. The event was promoted by We Are All Smart (WAAS), JUPTER, Founder Institute Brazil and the U.S. Embassy and Consulates in Brazil. More information, go https://zoohackathon.waas.ninja.