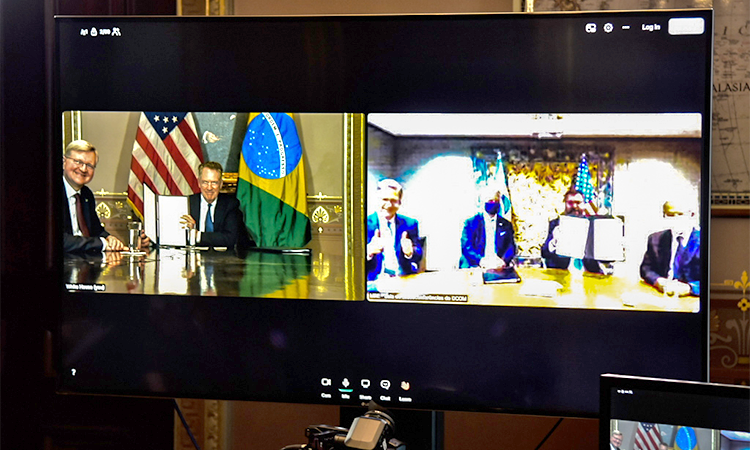 Ambassador Chapman said regarding today’s protocol: “This protocol is an important step in creating a solid base for open trade between the U.S. and Brazil. As the two largest economies in the Western Hemisphere, we are creating an environment for our businesses to thrive and recover from the negative impacts of the pandemic that has hit our countries.”

The protocols aim to streamline trade processes already supported by the private sectors of both countries. The text of the Protocol contains, in addition to general provisions on entry into force and mechanism for consultations on the obligations adopted by the Parties, three Annexes relating, respectively, to I) Customs Administration and Trade Facilitation; II) Good Regulatory Practices; and III) Anti-corruption.

This Annex extends the WTO Multilateral Trade Facilitation Agreement and includes online publication of customs information and other border information, including practical steps for import, export and transit; fees, taxes and current fees charged at the border; requirements related to customs brokers and procedures for correcting errors; among other points.

Anti-corruption commitments include obligations to adopt and maintain measures to prevent and combat bribery and corruption; effective and persuasive sanctions for corrupt acts; procedures to denounce acts of corruption and protection for people who report corruption; provisions to prevent the tax deductibility of bribes and establishes measures relating to the recovery of revenues from corruption and the denial of a safe haven for foreign civil servants involved in corruption; among other points.

The Protocol demonstrates that we can successfully conclude a high standard agreement and creates opportunities for the future.

For more information on the protocol, please visit the website: https://br.usembassy.gov/fact-sheet-u-s-brazil-protocol-on-trade-rules-and-transparency-2/