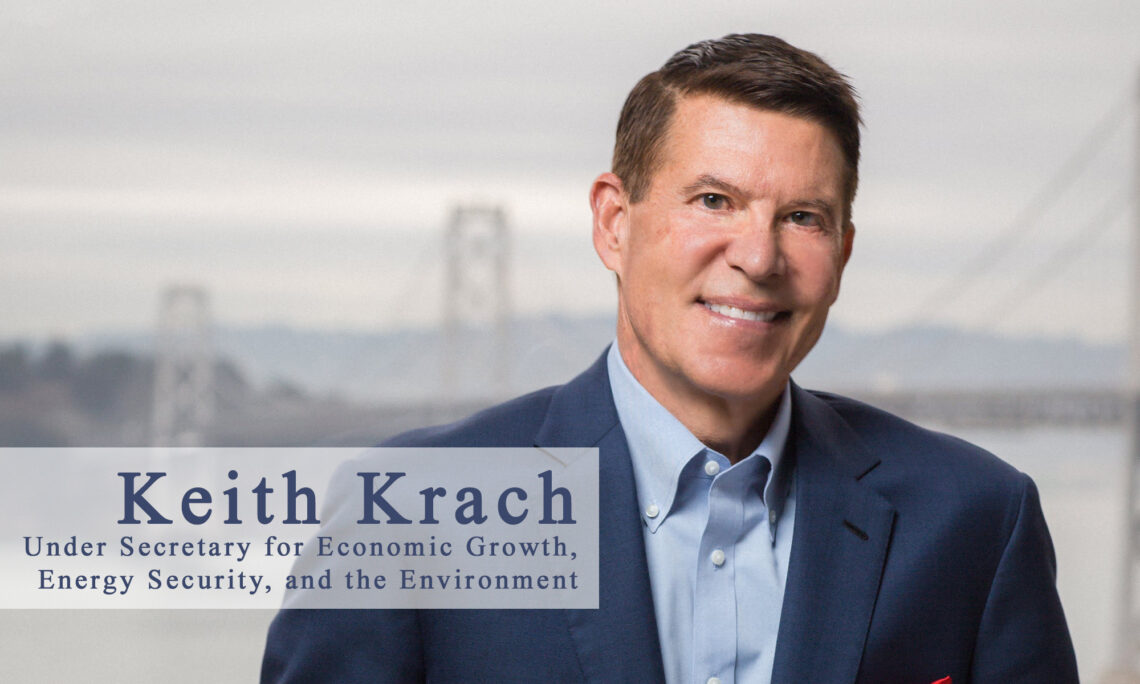 Brazil can join the growing Clean Network by banning Huawei

By Keith Krach, Under Secretary of State for Economic Growth, Energy and the Environment

Whoever builds a nation’s 5G networks gains the key to that country’s most sensitive personal, commercial, and governmental data. Trusted firms such as Ericsson and Nokia from Europe and Samsung from the Republic of Korea have earned the trust of people and governments around the world. At the same time, other entities are losing that trust: most notably, the People’s Republic of China and the companies that its government controls, including Huawei.

In just the past eight months, the Chinese government concealed an outbreak that became a global pandemic, eviscerated Hong Kong’s freedoms, instigated a bloody skirmish on the Indian border, and persisted with Gulag-style brutality in the camps of Xinjiang. These abuses are made possible by an Orwellian big brother surveillance state that tracks billions of people worldwide; and by the Great One-Way China Firewall, where data comes in but not out, and propaganda goes out but the truth doesn’t come in.

Huawei is the backbone of China’s worldwide surveillance state. It presents itself as a private and independent company, yet it must abide by China’s National Intelligence Law by turning over private citizen and business data to the Chinese government upon request. This means any nation that trusts Huawei with its communications networks gives the Chinese government a key that can unlock the door to any data that crosses those networks, including text messages, intellectual property, and sensitive business and government communications. Huawei’s well-established track record of demonstrates how routinely it violates public trust, along with the local laws of the countries where it operates.

The U.S. government and its partners around the world are accelerating efforts to protect global economic security by restricting Huawei and other untrusted vendors’ involvement in 5G networks. A trusted network offers a comprehensive approach to addressing the long-term threats to data privacy, security, human rights and trusted collaboration.

There are now over 30 countries in the Clean Network around the world. These countries are joined by most of the largest telecom companies such as Telefonica in Spain, Orange in France, Telco Italia, Reliance in India, SK and KT in Korea, and all telecommunication companies in Japan, Singapore, Australia, and the United States.

As a response to the increasing number of countries and companies questioning Huawei’s trustworthiness, Huawei has escalated its already aggressive lobbying and media campaigns, including in Brazil. A Huawei representative recently alleged that restrictions on Huawei would increase the cost of 5G in Brazil by up to five times – another example of Huawei’s misinformation campaign. Trusted companies that adhere to the rule of law and operate in good faith do not attempt to intimidate governments and their citizens with baseless threats. And contrary to what Huawei would have you believe, choosing trusted communications equipment providers doesn’t necessarily come with an increase in costs.

As Secretary Pompeo has made clear, the United States stands with all countries against Chinese bullying. We stood with the United Kingdom as it retaliated against its decision to ban Huawei from its 5G networks, and we will stand with our Brazilian partners against any Chinese coercion or bullying directed at you.

As Brazilians weigh the risks inherent in Huawei’s relationship with the Chinese government, its opaque ownership structure, history of intellectual property theft, dishonest lobbying, and willingness to use commercial threats to advance geopolitical objectives, we want you to know that the United States stands ready to work with you. Brazil deserves access to open, innovative, and trusted 5G technology that can contribute to your nation’s prosperity.