Home Home / News & Events / Brazil is about to resume economic growth, says US Secretary of Treasury 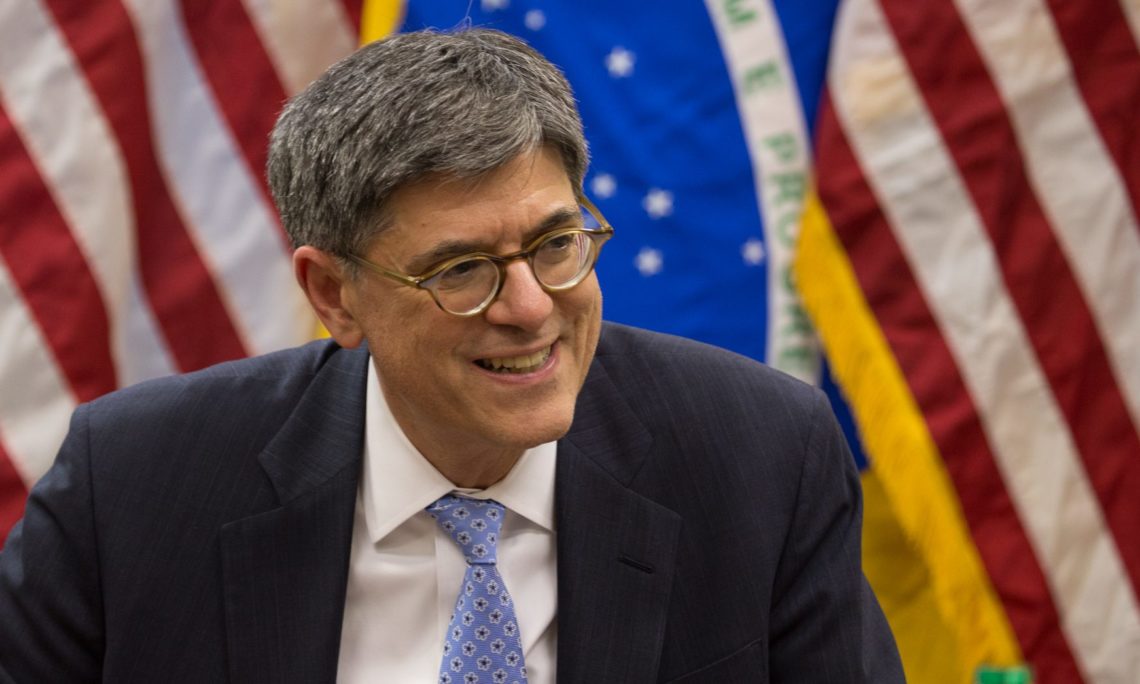 The US Secretary of Treasury, Jacob Lew, believes that Brazil is “about to resume economic growth.” This assessment was made after a series of meetings in the federal capital with President Michel Temer, Finance Minister, Henrique Meirelles, and the president of Central Bank, Ilan Goldfajn.

Lew expressed confidence in the planned structural reforms in Brazil. “Brazil is about to resume growth. There is already renewed confidence among consumers and investors,” he said in a conversation with reporters at the US Embassy.

Lew explained that his confidence in Brazil has increased with signs that planned reform is moving forward. “What I have heard is the commitment of the government and the confidence that these measures will be passed by Congress,” said the US Secretary. “Political and economic leaders are taking measures to, step by step, deliver” the structural reforms, Lew said.

“These reforms will help the Brazilian economy. It is important to see how the Temer government is taking steps to create the conditions to stabilize the economy, after what may be the worst recession of the last 100 years in Brazil. We believe that there may be a return of confidence in people in the private sector,” Lew added.

In quick welcome message to Lew, Meirelles said that this is the first visit by a senior US official to Brazil after Michel Temer was confirmed as President of the country.  “This is the first visit by an American Secretary to Brazil in this new administration and is also the first time we meet after the G20 summit, in Hangzhou (in China, in early September). This is an important opportunity to discuss macroeconomic issues in Brazil and the USA,” the minister added.