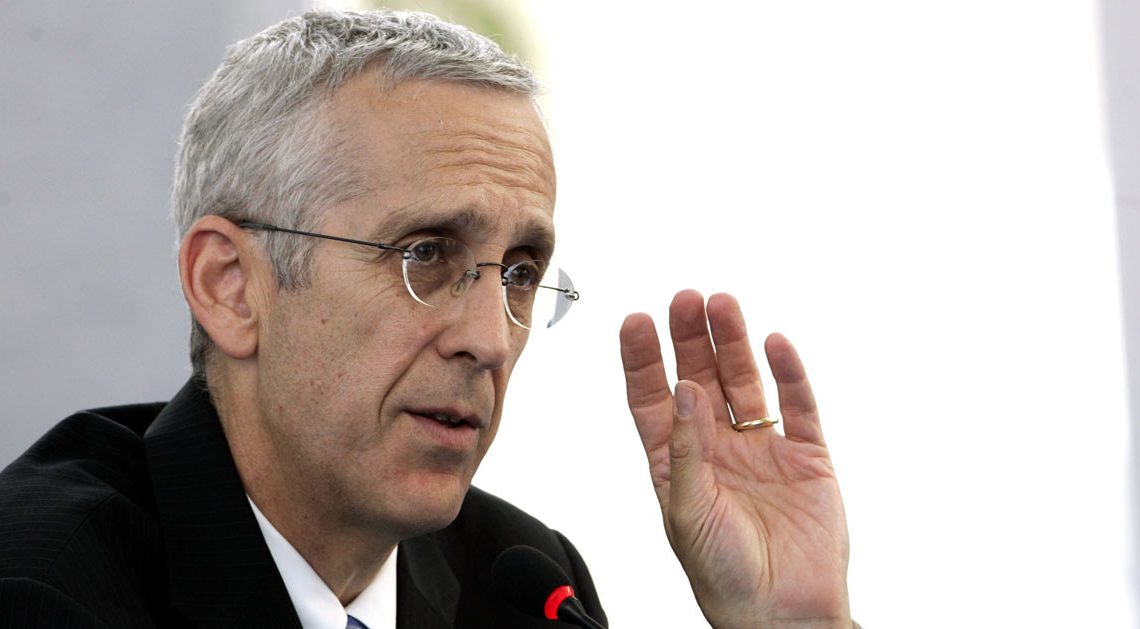 Emerging countries such as China and Brazil should contribute to the annual US$ 100 billion fund to help developing countries adapt to global warming and reduce its effects. This is the message from Todd Stern, the USA’s Special Envoy for Climate Change and the lead US negotiator at the 21st Conference on Climate Change (COP 21) in Paris, in December. Stern told Folha he was “cautiously optimistic” about the conference, whose objective is to reach a new agreement among countries to reduce greenhouse gas emissions, reducing global warming. For Stern, what he calls “the financial climate” and the differentiation between developed and developing countries are the major challenges to any agreement.

Stern was in Brazil and met with the Environment Minister, Izabella Teixeira. The interview follows:

Folha – What are your expectations for COP-21?
Todd Stern –
I am cautiously optimistic. The planets have never been so well aligned for an agreement, but that doesn’t mean there are no tough questions. But there is a lot of political will to do the deal. Just look at everything we have achieved in the last 12 months: we (the USA) struck an important agreement with China in November 2014 and 152 countries proposed their INDCs [“Intended National Determined Contributions,” – the emissions reduction targets].

* In what ways is Paris different from Copenhagen [the 2009 conference]? Why might it work this time? * The difference is in the understanding by countries about the type of system we are discussing. There was nothing close to it in Copenhagen: people differed completely on what might happen. Now we have the basic structure of the INDCs -152 countries have already announced theirs, covering about 86% of greenhouse gas emissions. It is very different.

Is funding for adaptation and mitigation of climate change effects in developing countries the biggest obstacle to an agreement?
Funding is certainly one of the obstacles. But the issue of differentiation between developed and developing countries is another very controversial issue. The INDCs and the entire section about mitigation in the agreement are based on certain contributions nationally – that is, nothing will be imposed on countries. Brazil will decide, China will decide, South Africa will decide. It is a form of differentiation that we consider entirely appropriate. We don’t think 1992’s differentiation was fair, which only provides for two original categories and never progresses, never changes, despite all the enormous changes in the world [under the Kyoto Protocol, developed countries are required to reduce emissions because of their historical responsibility for the current level, and developing nations, including major polluters today, such as China, are exempted.]

Would the US like Brazil to contribute?
I would encourage Brazil [to contribute] when the country feels it is ready. I’m not trying to pressure Brazil but, yes, it would be very good if the country did.

But does this not contradict the idea that rich countries that were industrialized earlier and contributed to global warming for all these years should somehow do more than developing countries?
I don’t believe that funding has anything to do with compensation or reparations. Up to the 1980s, no one even knew there was a threat of climate change. Very poor countries will be hit hard, although historically have not done much to exacerbate the problem. So yes, I think we need to help them. But I don’t think it is compensation.

An OECD report says that in 2014 US$ 62 billion was used in climate funding (of the proposed US$ 100 billion). You had forecast that it would be US$ 80 billion, including promises that had not been accounted for.
Developing countries criticized these forecasts, saying they are creative accounting, that a lot of the funding announced was from programs that already existed. I don’t think that’s true. This is very conservative accounting. Now, it was by using these OECD criteria that we made our proposal back in 2009. If now they say, “No, you can’t include this and that in the accounts”, then we will simply not have the US$ 100 billion. They are trying to change the rules in mid-game.

When do you think there should be a review of the Paris agreement?  God willing, we will sign the agreement in Paris and it will enter into force in 2020. I think we would need to have a review to determine how countries are going. Will that happen only in 2025? I think we cannot wait that long. We believe that this review should take place in 2019 or 2020, and then continue every five years.

* If all the countries’ emission reduction pledges so far are accounted for, it will still be impossible to prevent the global temperature from rising more than 2°C. So, what’s the plan?* You’re right, the promises are not enough. That’s why we have to see Paris as a very important step, but a first step. Even then, there will be a lot of work to be done. I think it’s a package of several parts. First, we need the strongest INDCs possible. Then we need to have successive rounds of contributions, for us to increase the ambition of our INDCs. We have to draw up plans with long-term goals for the middle the century. Finally, we need the commitment of cities and States.

What dis you think of the INDCs proposed by Brazil?
They’re good. Brazil proposed absolute targets, unlike other emerging countries, which traditionally propose only relative goals. This was a major breakthrough.

* Brazil relies on hydroelectric power for energy and gets little from other renewable sources. Is this a problem? * Hydropower is perfectly legitimate. But obviously the costs of wind and solar power have fallen a lot in the last five to eight years, and this will continue. Having multiple sources of energy is always good.

Republican lawmakers in the US have said they will block in Congress any agreement in Paris and reverse President Barack Obama’s measures to reduce emissions …
I know that Republicans are saying that, but I don’t think they will be able to. Starting with domestic measures, the most important thing is the clean energy plan, which reduces emissions from the energy sector by 32% by 2030. It is based on very sound legislation, including Supreme Court rulings. It is already being challenged in the courts, but it was so with all the environmental laws. There is massive public support for the measures. Regarding the agreement we hope to sign in Paris, there are several ways the US can join international treaties, and getting Senate approval is just one of them. The strategy we will have depends entirely on the content of the agreement. It may be that we don’t need Congressional approval.

The US signed the agreement for reform of the IMF in 2010, but so far Congress has not ratified it, and the reform is stuck …
We’ll have to see. Depending on the agreement, it will not need Congressional approval.

But what if it does?
We will deal with that when the time comes.