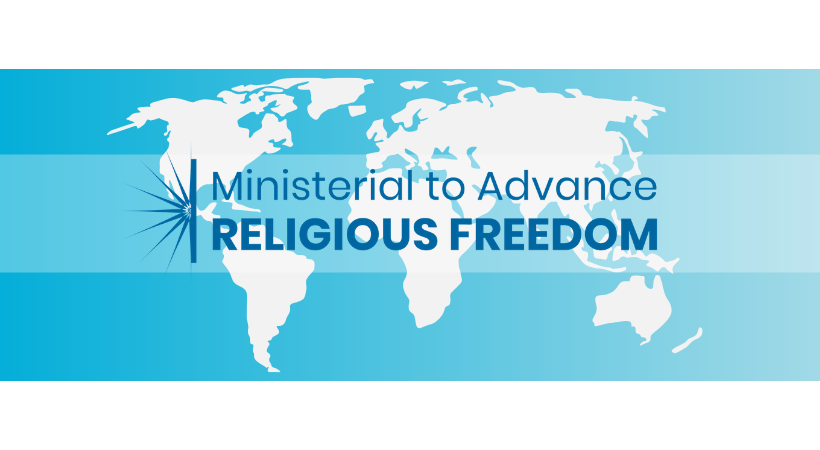 Carioca Ivanir dos Santos will be one of six people recognized during the second Ministerial to Advance Religious Freedom.

Candomblé priest and founder of the Commission to Combat Religious Intolerance (CCIR) in the state of Rio de Janeiro, Ivanir dos Santos, will receive the International Religious Freedom Award from Secretary of State Mike Pompeo in recognition of Dos Santos’ long and courageous battle for religious freedom and tolerance.  Dos Santos will receive the prize during the second Ministerial to Advance Religious Freedom, taking place in Washington, D.C. July 16-18.  The International Religious Freedom Award, launched this year, pays tribute to people and organizations that work to protect, promote, and strengthen freedom of religion.

Born and raised in Mangueira, Dos Santos is known for his fight to end religious discrimination in Rio de Janeiro.  An activist and an academic, he dedicates his life to facilitating interfaith dialogue, combatting intolerance, and creating mechanisms to protect those in vulnerable situations, such as Afro-Brazilians.   The Commission to Combat Religious Intolerance, founded in 2008, is one of Dos Santos’ most famous initiatives. The independent organization brings together representatives of religious groups, civil society, police, and the Public Ministry to document cases of intolerance and offer support to victims.  Dos Santos is also known for leading the first “March in Defense of Religious Freedom,” which now occurs annually and attracts about 50,000 people from a wide array of religions to advocate for dialogue, understanding, and tolerance.

The second Ministerial to Advance Religious Freedom in Washington will convene representatives of religious communities, civil society, ministries, and international organizations to share best practices and experiences and propose ways to expand religious freedom.  Academic studies continue to show how religious liberty affects a country: when a populace is free, its country wins, society wins, and lives improve.

Fostering religious freedom globally is one of the challenges of the 21st century and a priority for U.S. foreign policy.  The charge d’affaires of the U.S. Embassy and Consulates in Brazil, William Popp, affirms the United States will not sit on the sidelines.  “Every person in the world should be free to believe or stop believing what he or she desires. We will not tire in our advocacy for religious freedom, a fundamental value for the United States and a universal human right,” he explained.