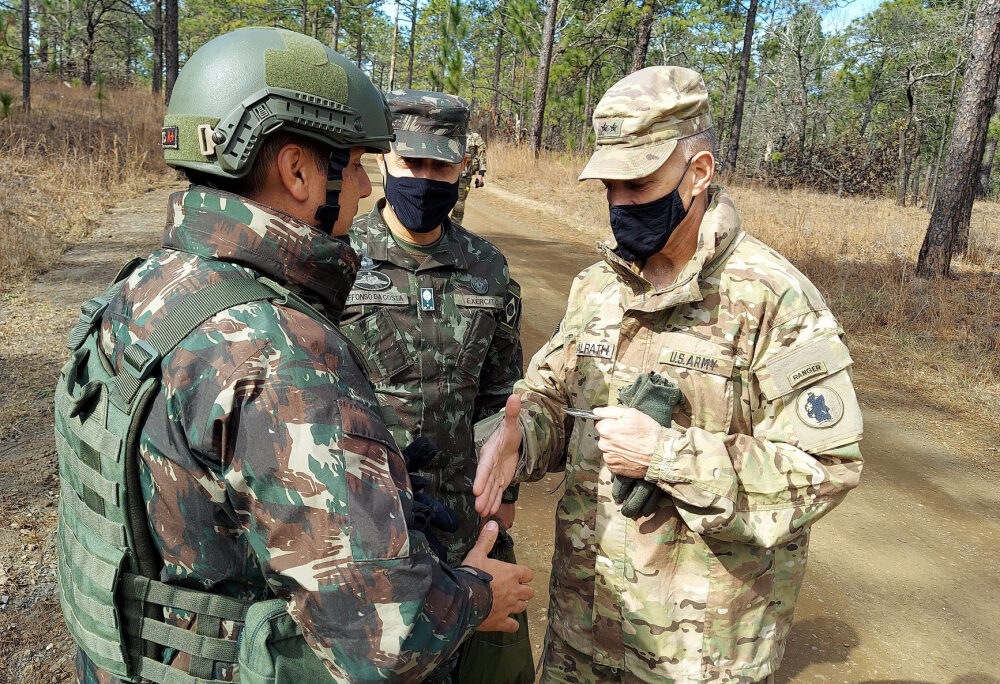 Brasilia, February 18, 2021 –  During World War II, Brazil was the only South American country to contribute troops to the allied cause, and 75 years later, the Brazilian Army became the first South American army to send a company-sized element to train at the Joint Readiness Training Center (JRTC).

“The training exercise conducted by U.S. and Brazilian paratroopers in the United States is a mark of the continued strength of the bilateral relationship and a history of respect between our armed forces,” said Todd Chapman, U.S. Ambassador to Brazil, “As the two largest democracies in the Western Hemisphere, we share a commitment to the security of our peoples and to the preservation of those principles upon which our countries are based.”

The Brazilian Army participation in JRTC is the culminating event of a five-year plan developed during the U.S.-Brazil Army-to-Army Staff Talks. The Staff Talks Program promotes bilateral efforts in order to develop professional partnerships and increase interaction between partner nation armies.

“This Brazilian airborne company presence and participation in one of the Army’s combat training centers represents the first time we’ve had a partner army from South America participate in one of these rotations,” Maj. General Walrath said. “This is a continuation of 75 years of history together already, certainly a historic milestone, we see as just a continuation of our ever-increasing partnership.”

Brazilian military leaders received a JRTC mission and capabilities briefing, an aerial tour of the training area known as “the box,” where soldiers are exposed to conditions and situations to fight an opposing force, and they observed a nighttime static-line airborne operation by the 82nd Airborne Division into the training area.

“The training environment at the JRTC is unmatched by any other country’s training center – the only thing more difficult is actual combat,” Walrath said. “Partnership with the U.S. Army provides the best opportunities to increase readiness and interoperability to address shared security challenges.”

This rotation represents the first exchange of units, with the U.S. Army preparing to send a company from the 101st Airborne Division to train with Brazilian forces in Brazil in November 2021 as part of Southern Vanguard – an exercise to further readiness and security cooperation.