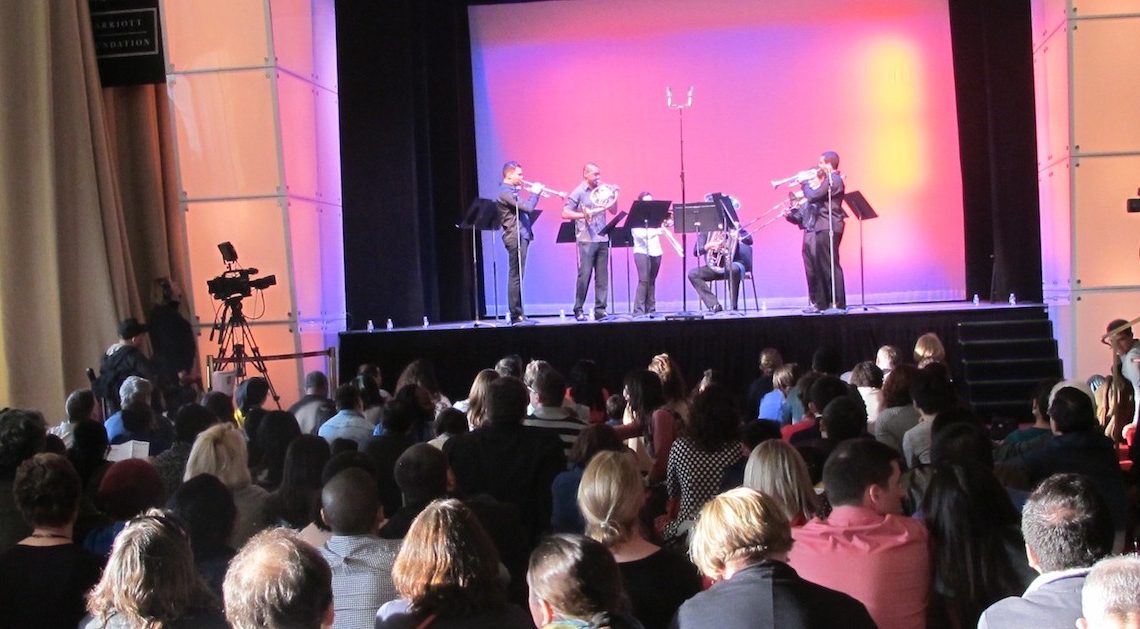 Nearly 100 young musicians from the State of Sao Paulo Youth Symphony Orchestra made their U.S. debut in March, the first time a Brazilian orchestra has ever performed in Washington.  Ambassador Ayalde was there to welcome them at their first stop at DC’s Kennedy Center, as part of theIberian Suite: global arts remix festival.  Two days later, they continued their tour at New York’s Lincoln Center, accompanied by renowned 16-year-old Malaysian pianist Tengku Irfan.

The Music School of the State of São Paulo from where many of the orchestra young musicians originate, has an ongoing collaboration with the Juilliard School in New York.  Beginning in 2009, as part of an exchange program co-sponsored by the U.S. Consulate General Sao Paulo, the groups have worked on more than a dozen projects together, including student and teacher exchanges.