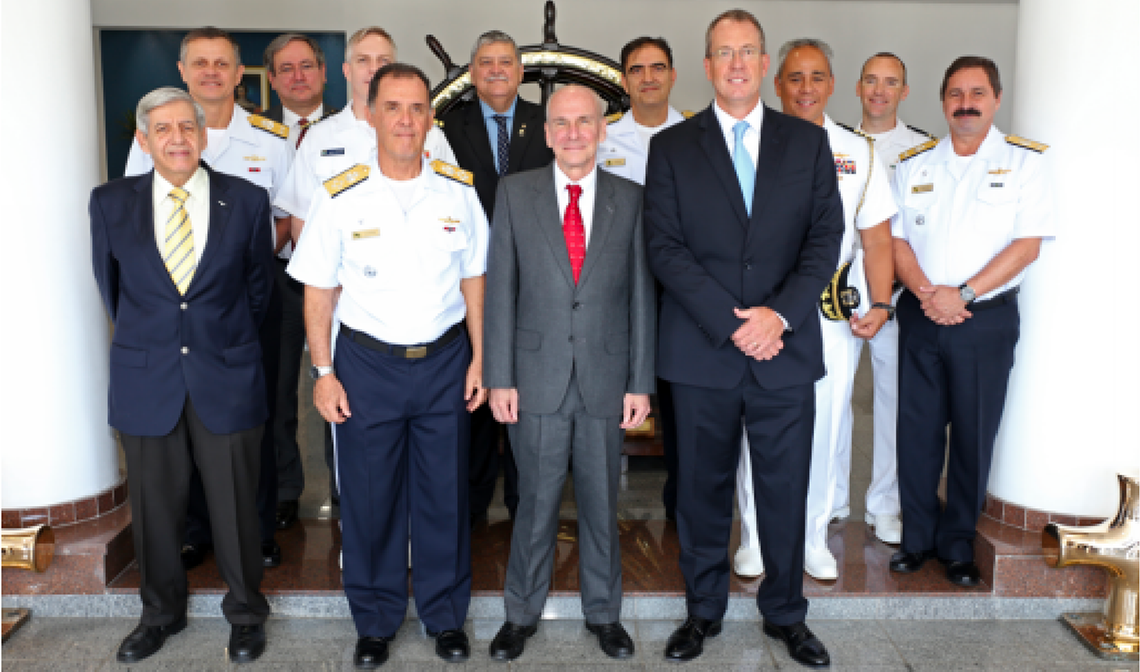 On August 3, the Brazilian Naval Academy held a ceremony in recognition of  the cooperation between the Brazilian Navy and the United States Olympic Committee  during the Rio 2016 Olympic Games.

The highlight of the event was the unveiling of a plaque with the names of the 49 American medalists who trained at the Naval Academy during the Games.

The partnership, through which the Naval Academy offered its facility to the American athletes, further strengthened the historic ties between the Brazilian Navy and the U.S. Navy.  From July 8 to August 23, 2016, 129 Olympic competitors from the United States trained on historic Villegagnon Island, home to the Naval Academy.

On August 5, 2016,  then Secretary of State John Kerry, visited the Academy and the athletes training there and toured the training facilities for the Olympic team.