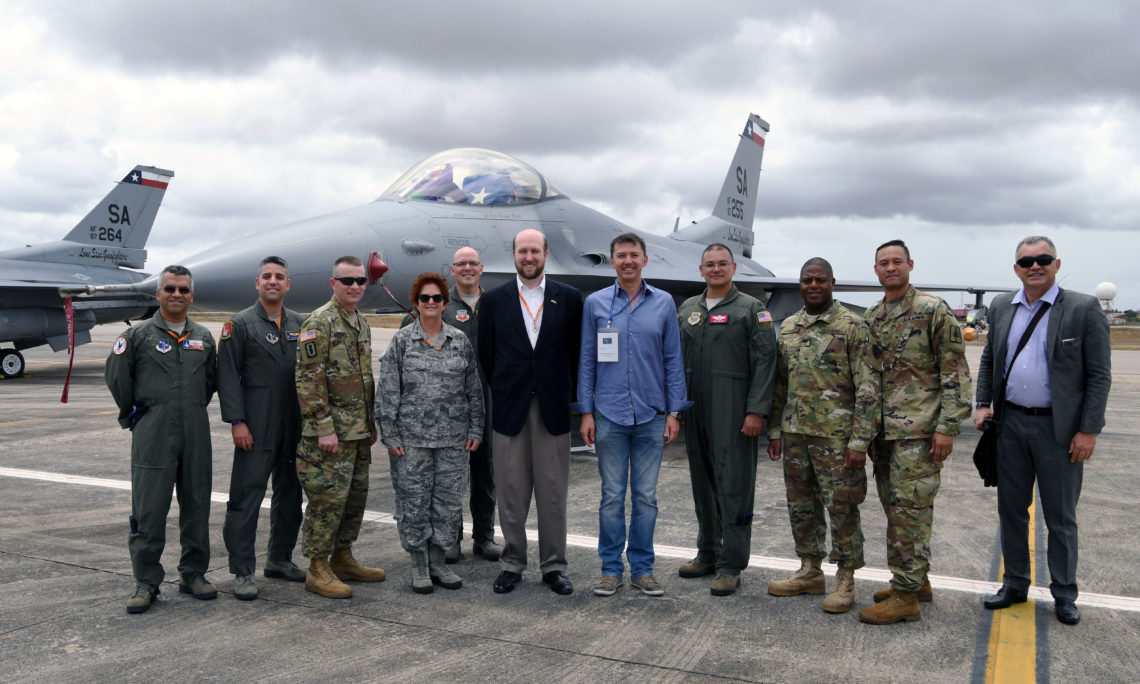 Chargé d’Affaires William Popp, accompanied by Defense Attaché COL Lorenzo Harris, visited the Natal Air Force Base (BANT) in Parnamirim, near Natal, Brazil to participate in the VIP Day of CRUZEX 2018 on November 25, 2018. Chargé Popp and COL Harris attended briefings, meetings, met with members of the U.S. and Brazilian Air Forces to review the collaboration underway as part of the exercise.  In coordination with the Brazilian Air Force, the U.S. Air Forces is participating in the Brazilian-led, multilateral CRUZEX VII air combat exercise November 18-30.

CRUZEX is an air-focused simulated combat exercise.  The U.S. aircraft train alongside partner nation aircraft in simulated scenarios to prepare for potential events across the world including peacekeeping and stability operations, supporting civilian authorities during humanitarian response operations, and assisting countries in the aftermath of a natural disaster.

Natal Air Force Base (BANT) played a strategic role during World War II serving as a stopover facility for aircraft flying between South America and West Africa. The base was jointly used by the Brazilian Air Force, United States Army and Navy, the Royal Air Force and some commercial airlines between 1943 and 1945.

The U.S. Air Force has previously participated in CRUZEX V in 2010 and CRUZEX VI in 2013.  CRUZEX is the largest multinational and joint air combat exercise performed by Brazilian Air Force – as it also includes the Brazilian Army and Navy.