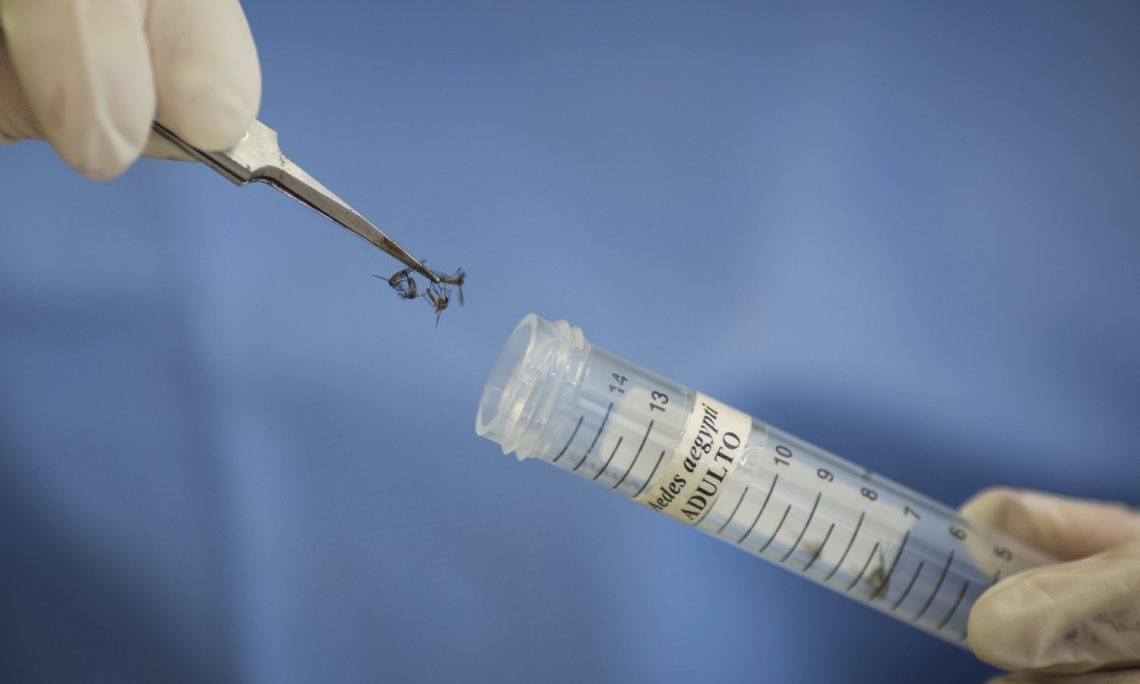 An international coalition of governments and philanthropies today announced they will provide US$18 million to combat Zika and other mosquito-borne viruses in Colombia and Brazil. Donor support from USAID,the U.K. Government and two philanthropic partners, Wellcome and the Bill & Melinda Gates Foundation, will be used to scale up an innovative mosquito control method using naturally occurring Wolbachia bacteria.

Wolbachia is already present in up to 60% of all insect species worldwide, and research has shown that it can significantly reduce the capacity of mosquitoes to transmit viruses to humans. However, Wolbachia does not occur naturally in Aedes aegypti, the mosquito species primarily responsible for transmitting an array of debilitating and sometimes deadly diseases, including Zika, dengue fever, chikungunya, and yellow fever.

Over the past decade, the Eliminate Dengue Program (EDP), a non-profit international research collaboration led from Australia’s Monash University, has pioneered a way to transfer Wolbachia into Aedes aegypti mosquitoes. Years of research have shown that introducing Wolbachia into this mosquito species makes it incapable of transmitting viruses.

When mosquitoes with Wolbachia are released into an area, they breed with local mosquitoes and pass the bacteria to their offspring. Within a few months, the majority of mosquitoes carry Wolbachia and this effect is then self-sustaining without the need for further releases. This natural approach to prevent transmission of Aedes aegypti transmitted viruses is an alternative to mosquito population suppression. Since 2011, field trials using this method have been undertaken in five countries and show that when a high proportion of mosquitoes in an area carry Wolbachia, local transmission of viruses is stopped.

Large-scale field deployments planned for Antioquia, Colombia and Rio de Janeiro, Brazil
The Program has been conducting Wolbachia field trials in Australia, Indonesia, and Vietnam for several years, and in 2014, initiated small-scale field trials in Rio de Janeiro, Brazil then Bello, Colombia in 2015 in collaboration with communities, as well as local and national health authorities. Funding announced today will finance the rapid scale up of Wolbachia deployments in Latin America, commencing in early 2017. Wolbachia coverage will be extended across Bello and other parts of Antioquia and now across parts of the greater Rio de Janeiro area. This will be done as part of an ongoing partnership with Brazil’s Oswaldo Cruz Foundation (Fiocruz), additional funding of USD3.7 million from the Brazilian Ministry of Health, and further in-kind contributions from municipalities in Brazil.

Trials will measure impact of Wolbachia on human health
Over the next 2-3 years, planned deployments will scientifically measure the impact of the intervention on disease transmission in large, urban settings, with researchers hoping to demonstrate a significant reduction in new cases of Zika, dengue and chikungunya.

WHO and PAHO Guidance on Wolbachia
In March 2016, the World Health Organization convened a Vector Control Advisory Group (VCAG) to review options for mosquito control in response to Zika. The group issued a statement, which recommended largescale pilot deployments of the Eliminate Dengue Program’s Wolbachia method, accompanied by rigorous evaluation. In April 2016, the Pan American Health Organization (PAHO) advised that it would provide technical support to countries affected by Zika to implement the program’s Wolbachia as a control method.

Funding Background
The program was one of the initial grant recipients through the inaugural Grand Challenges in Global Health initiative in 2005 and has been supported since then by national governments and philanthropic donors. These include the Foundation for the National Institutes of Health as part of the Bill & Melinda Gates Foundation, the Wellcome Trust, the Tahija Foundation in Indonesia and the Gillespie Family Foundation in Australia.

Partner Statements
Eliminate Dengue –Professor Scott O’Neill, Program Leader: “We are incredibly grateful to our funding partners for enabling us to expand this research across two large urban areas vulnerable to mosquito-transmitted disease. The Gates Foundation and Wellcome have supported our work since 2005 and their ongoing commitment, along with new donors, to reducing the spread of mosquito-borne viruses is pivotal to us moving from small scale trials to large city-wide deployment.”

USAID – Wendy Taylor, Director, Center for Accelerating Innovation and Impact: “We issued a challenge to the global innovator community to generate cutting-edge approaches to fight the current Zika outbreak and to help strengthen the world’s ability to prevent, detect, and respond to future infectious disease outbreaks. This revolutionary innovation is a giant leap toward accomplishing both of those goals.”

Wellcome –Dr. Mike Turner, Acting Director of Science and Head of Infection and Immuno-Biology: “Zika remains a very serious public health concern, especially with further global spread and reports of active transmission in South East Asia. Using Wolbachia to reduce the transmission of mosquito-borne diseases has the potential to greatly reduce the global health burden and socio-economic cost of Zika and other related infections like dengue and yellow fever. This research is essential as it will help measure the health impact of the Wolbachia method in large urban areas, where these kinds of outbreaks can have such a
devastating impact.”

Bill & Melinda Gates Foundation –Dr. Trevor Mundel, President, Global Health Division: “Wolbachia could be a revolutionary form of protection against mosquito-borne disease. It’s affordable, sustainable, and appears to provide protection against Zika, dengue, and a host of other viruses. We’re eager to study its impact and how it can help countries.”

U.K. Government –Priti Patel, International Development Secretary: “It is vital that the international research community works together to tackle devastating diseases, such as Zika and dengue. The use of Wolbachia is a potential ground-breaking sustainable solution to reduce the impact of these outbreaks around the globe and particularly on the world’s poorest people. I am determined to put top quality research at the heart of UK aid, building on Britain’s proud track record at the forefront of developing innovative approaches to combat disease.”