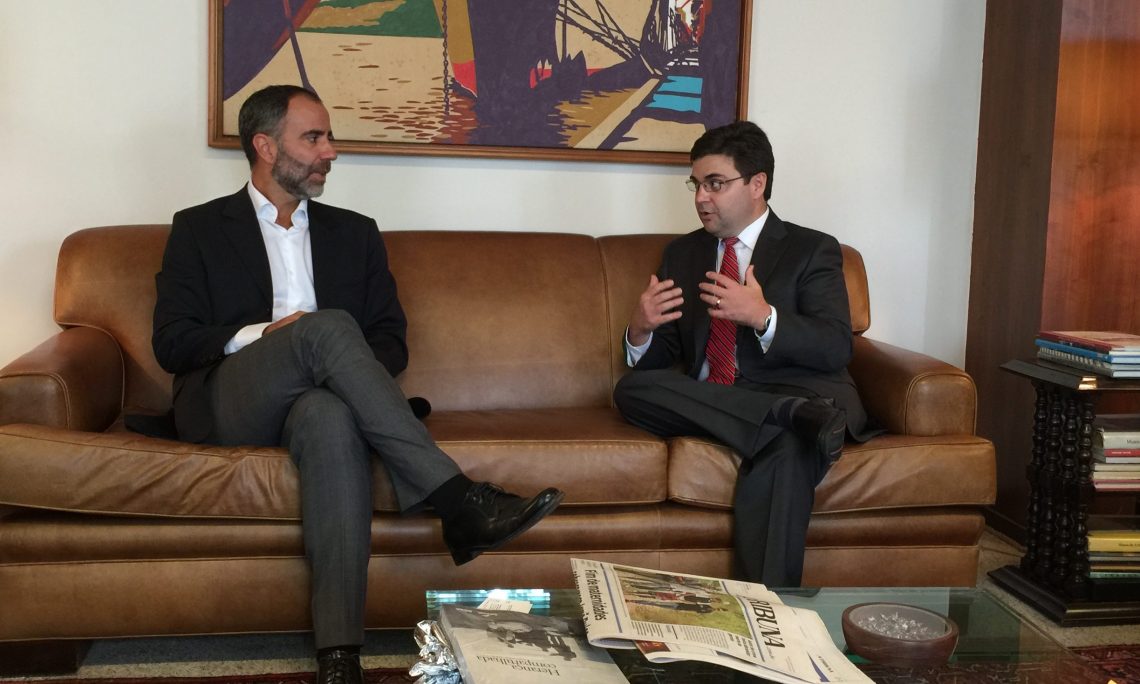 U.S. Consul General Ricardo Zuniga focused attention on trade, port security and business development during his first official trip to Santos.  The trip reflects Mr. Zuniga’s commitment to the continued success of the Port of Santos, which is a key partner in the U.S.-Brazil relationship.

“It’s important to emphasize that the Port of Santos has excellent relations with ports like Long Beach, California, and Miami,” said Zuniga.

Santos is the largest port in Latin America, and U.S. products comprised nearly 16% of all goods moved through the port in 2015. The Consul General met with officials from the company that runs the port (CODESP) to learn more about port infrastructure and improvements.  He also gathered with federal, state and city law enforcement officials to discuss port security. The head of Customs for the Port of Santos praised the permanent presence of the U.S. customs officials at the port, which he credited with helping to enhance communication and coordination, and increase efficiency.

The day-long trip to Santos on February 26, 2016 also included a meeting with members of the Santos Chamber of Commerce.  During that meeting, Zuniga shared his optimism that Brazil will emerge from the challenging economic downturn.

“We have complete faith that the Brazilian economy will recover,” the Consul General said.

Before heading back to São Paulo, Zuniga met with the president and a reporter from the local newspaper A Tribuna de Santos.  During a wide-ranging interview, the Consul General emphasized the U.S. commitment to expand Brazilian student exchange programs, explained the areas of focus for U.S. investment in Brazil, and highlighted U.S. efforts to assist Brazilian companies that want to set up shop in the United States. (Read article here.)