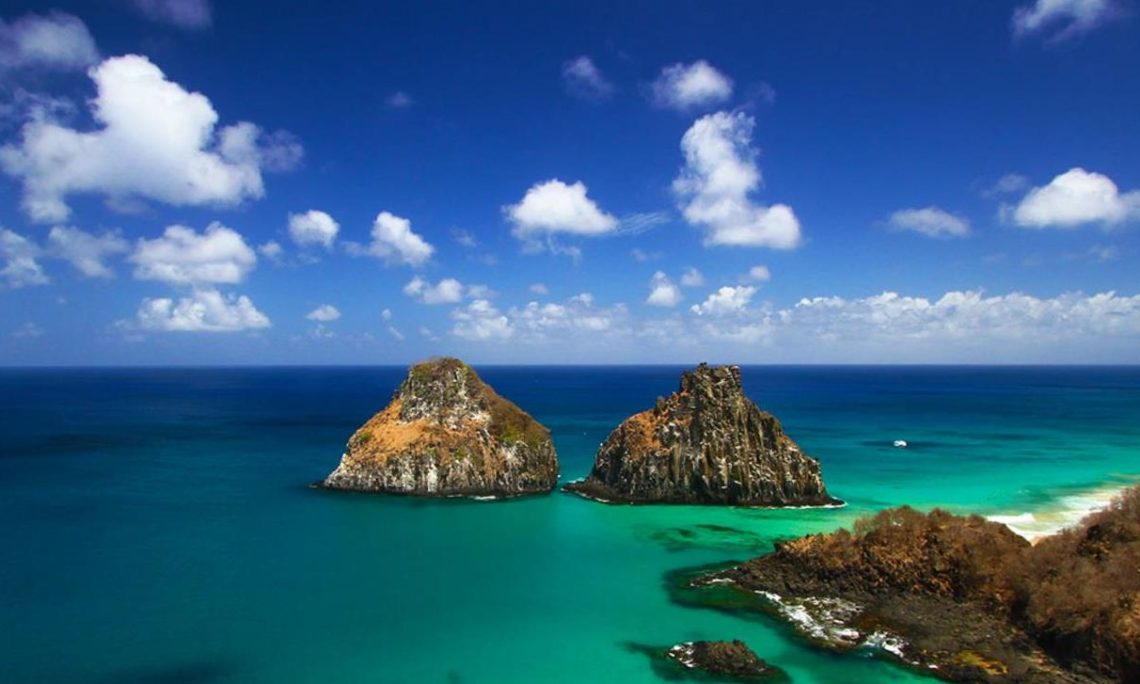 The U.S. Consul General Richard Reiter and consulate staff toured the island of Fernando de Noronha and participated in an event honoring the American presence on the island, which dates back to WWI and was intensified during the Cold War. The event marked the 60-year anniversary of the Cold War Guided Missile Observation Post. As part of the program, the consulate also donated 50 books to the local public library, did a story time session of the classic “Green Eggs & Ham” for preschoolers, and donated 20 flutes to the local public high school music program. The consulate staff also visited two solar energy plants.

Local historian Grazielle Rodriguez was responsible for the tour that included Baia do Sueste, where the US Navy was based (1944-1945) during WWII; and Vila do Bodró, where the U.S. Air Force was based (1957-1962) during the Cold War. The latter was established on March 13, 1957 – this date, 3/13/17, marks the 60-year anniversary. The month of March also marks the 200th anniversary of the “1817 Pernambuco Revolution”, inspired in the French and American Revolutions, recognized as the precursor to Brazil’s Independence in 1822.

“I loved my visit to the island. I had not been there for many years, and I was delighted to see that the natural beauty and the warmth and pride of the local people in their community remain unchanged”, says Richard Reiter. According to the Consul General “The U.S. government is proud of our long-term partnership with the island, dating back to World War II, to the Cold War when a base was put into place for tracking guided missiles, and currently as we work together to address our environmental challenges. Our partnership continues to evolve with history, remaining strong and relevant”.