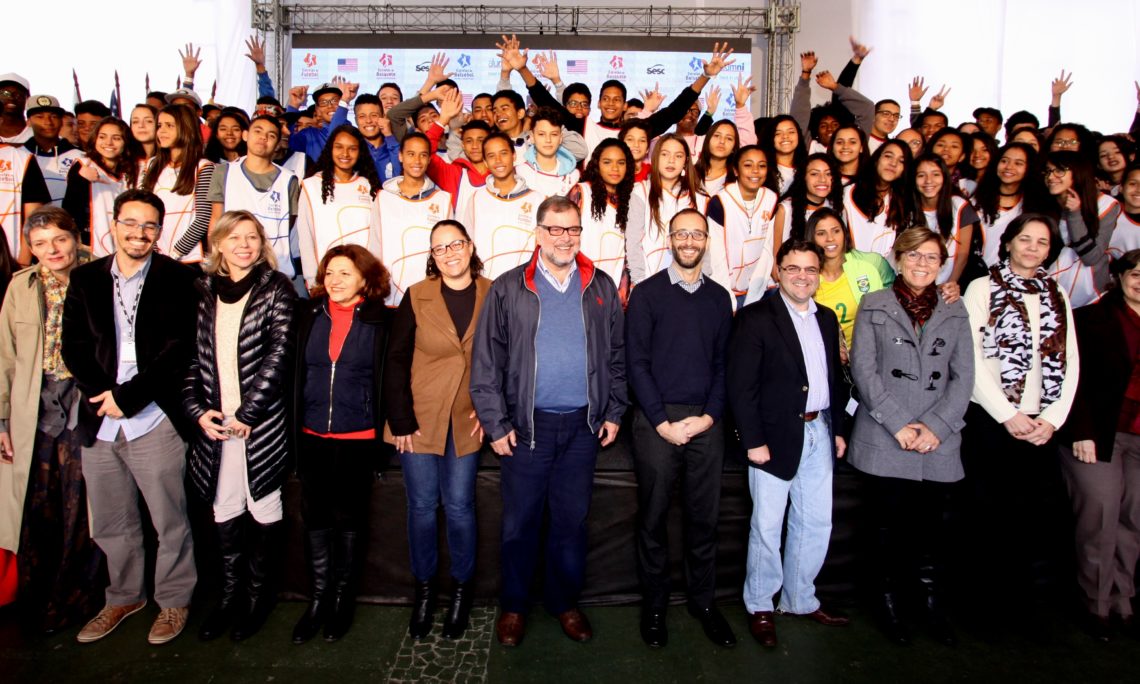 “By combining sports, English and leadership, we contribute to the formation of young leaders, who will certainly lead positive changes in their communities,” Zuniga highlighted in his opening remarks.

The ceremony was attended by selected youth and their families, former program participants and partners, Major League Baseball representatives and binational centers.  Brazilian athletes Raulzinho (basketball), Fabiana Simões (soccer) and Jean Tomé (baseball) and rapper and social activist MV Bill, who made a pocket show, also participated of the event.

These programs are part of the US government’s “Sports for All” initiative, which aims to generate social inclusion, encourage teamwork, and develop a sense of leadership through sport. Recently, the young Ana Paula and Thayla, who have already participated in the program, were accepted in universities of the United States with scholarship.