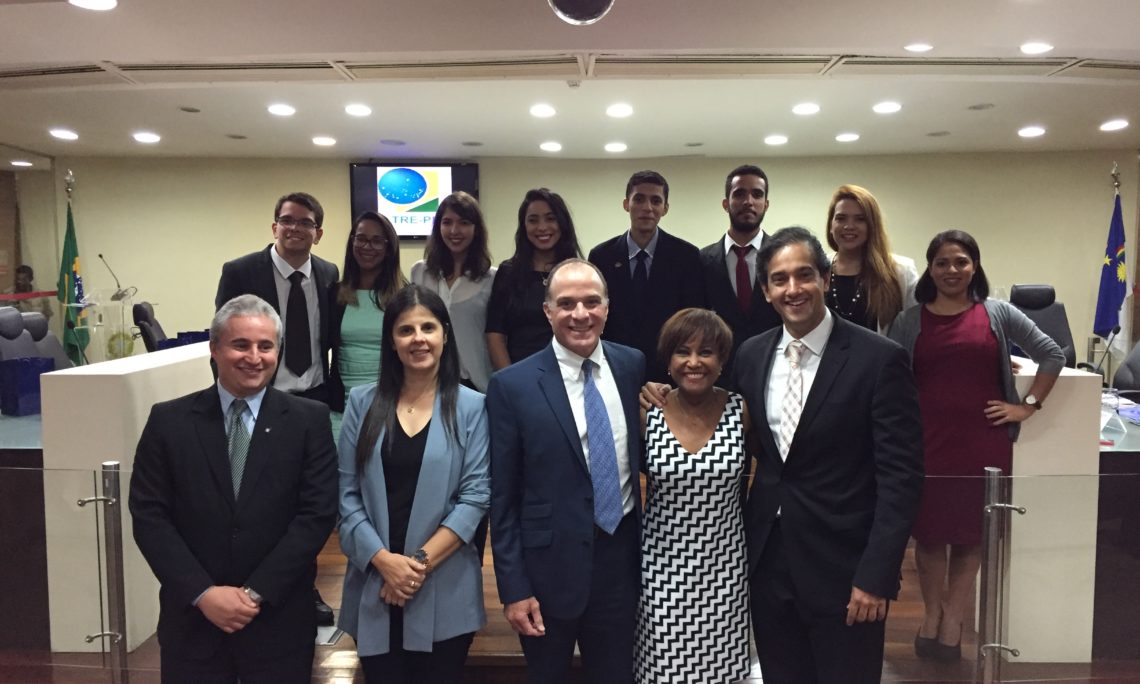 The U.S. Consulate General in Recife promoted several events to celebrate the International Women’s Day throughout the month of March. It started with the launch of a public essay contest via local press and Social Media, inviting Pernambuco residents to submit creative essays on the topic, “What is an Empowered Woman?” Almost 60 submissions from a diverse range of men and women, age 14 to 68, were received. A seven-person Consulate Review Panel selected three winners. All three winners were announced on the Mission website and will receive Kindle Fire 7 tablet computers. The grand prize winner’s essay was also featured in the March 8 print edition Diario de Pernambuco newspaper and published on the Embassy Website in Portuguese

On March 8th , the U.S. Consulate General in Recife and the Xambá Nation commemorated International Women’s Day and the Decade for People of African Descent

by honoring Nina Simone at the Xamba Nation’s Cultural Center in the city of Olinda. The Xambá Nation is one of several urban Quilombo communities in Brazil. Guests from diverse backgrounds, including members of the Xambá Nation, academics from the Federal University of Pernambuco, local musicians and afro-Brazilian activists joined the celebration. Following a clip viewing from the documentary “What Happened, Miss Simone?,” the American diplomat Cristian Martinez-LuSane and another member of the Consulate community spoke about Ms. Simone’s music as an expression of African American culture, activism and feminism. The evening concluded with a Xambá Nation musical performance to pay respects to four female orishas and a tasting of traditional Afro-Brazilian and African-American foods.

en’s Day video featuring prominent female alumni from the Northeast was also launched to honor International Women’s Day. The interviewees – 2016 YLAI participant and President of Politique, Camila Borges; 2016 Youth Ambassador and co-founder of Inspirasonho Cindyneia Cantanhede; 2011 IVLP participant and Director of the Future Scientists girls science camp, Giovanna Machado; and 2014 Domestic Violence IVLP On-Demand participant and VP of the Maria da Penha Institute, Regina Celia  – spoke about how they are using their work and the knowledge gained from their exchange programs to inspire and empower other women.

On March 22nd , a Karl Popper Style Debate about whether the quota system is necessary to promote women’s political participation took place at local Electoral Court (TRE). The Karl Popper Debate format focuses on relevant and often deeply divisive propositions, emphasizing the development of critical thinking skills, and tolerance for differing viewpoints. The debate, which consisted of two teams with four students each that will offer arguments and direct questions to the opposing team, was promoted in partnership with college students from Faculdade Damas and TRE.