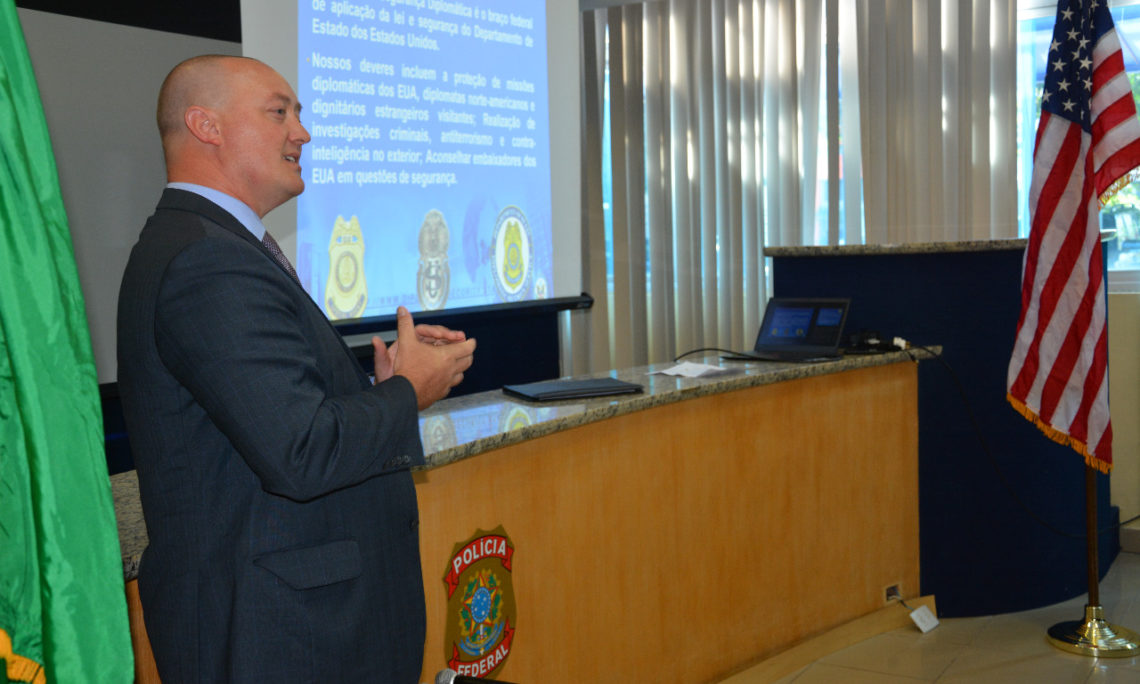 The U.S. Consulate General in Recife, through the Diplomatic Security Service (DSS), carried out another project of International Technical Cooperation in collaboration with the Federal Police of Pernambuco state. On June 7th and 8th the seminar was presented in Recife on Security and International Technical Cooperation between Brazil and the United States.

The training reinforced the partnership and collaboration in security between the two countries and was attended by representatives of Brazilian and American security institutions, including DSS, FBI and Secret Service. Among the topics were financial crimes, credit card fraud, document security, and the functions of the American police.

The objective of the seminar was to strengthen cooperation ties between the United States and Public Safety institutions in the Brazilian Northeast.