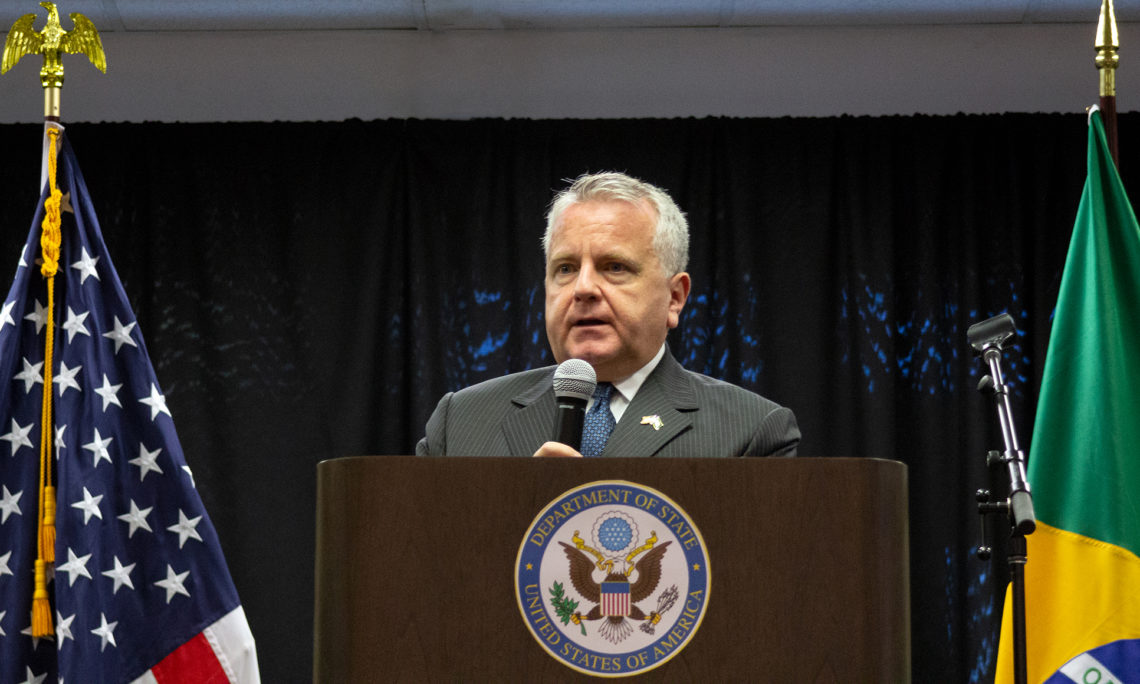 Notice to The Press

Deputy Secretary of State John J. Sullivan will host a ministerial on counterterrorism cooperation in the Western Hemisphere on December 11, 2018.  Senior officials from twelve key North, Central, and South American partners will attend, including Argentina, The Bahamas, Canada, Chile, Colombia, Honduras, Jamaica, Panama, Paraguay, Peru, and Trinidad and Tobago.  Brazil will participate in an observer role.  Senior counterterrorism and security officials from the Departments of Justice, Treasury, Homeland Security, and the U.S. Intelligence Community will also participate in the meeting.  Participating governments will discuss the threat that transnational terrorist groups, including ISIS, al-Qa’ida and Lebanese Hizballah, pose to the collective security and safety of their citizens at home and abroad.

Deputy Secretary Sullivan will deliver opening remarks at the conference in the Department of State’s Loy Henderson auditorium at 9:00 am on December 11, 2018.

The Deputy Secretary’s remarks are open to the press.

Coordinator for Counterterrorism Ambassador Nathan A. Sales will be available for questions on the event during an online video press briefing at 9:30 a.m. on December 12, 2018.  Interpretation will be provided into Spanish and Portuguese.  Video and audio will be available for download after the briefing.  Journalists can join the online session at this link: https://app2.sli.do/event/e5tkj26d.