The Young Leaders of the Americas Initiative, or YLAI, is the United States’ premier exchange program in the hemisphere. Launched in 2016, YLAI provides 250 fellowships each year to enable Latinos — from Latin America, the Caribbean and the U.S. — to develop joint business and civil society initiatives. 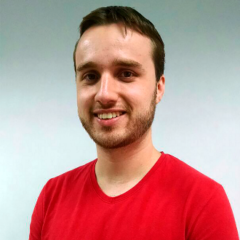 Marco Angioluci is the Founder of Desempenho Máximo Acompanhamento Escolar, which provides low-cost and high-quality learning opportunities in mathematics for people in Brazil through individualized tutoring. Previously, Marco worked in human resources at Arpex Capital and on the Search and Selection of Entrepreneurs team at Endeavor Brazil, where he was responsible for a sales routine and conducting interviews, among other tasks. 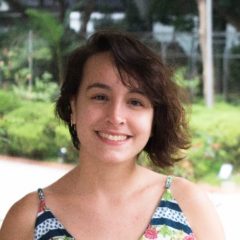 Luize Araújo is the Co-Founder of Motora, a graphic design company that aims to empower creative women and increase the visibility of their work. Before this, Luize has worked at a company focused on developing power point presentations; at a graphic design studio and she also was the Communications and Graphic Design Leader at a startup that aims to expand young people’s understanding of the world. Luize was a “Global Shapers Community” volunteer and she holds a degree in Design from the University of the State of Bahia. 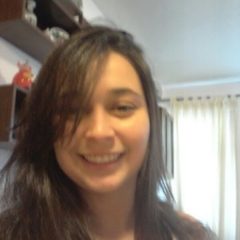 Juliana is the CEO and co-founder of Workay, a company that helps women and disadvantaged people find training and work in construction. Prior to that, she worked as a project manager at DLR (German Aerospace Center) and PTB (Federal German Physical and Technical Institute) where she developed a high vacuum oven for thin film transistors. She holds a degree in Electrical Engineering from the Pontifical Catholic University of Rio de Janeiro (PUC-RIO) and the University of Technology in Braunschweig, Germany. She currently works full time at Workay maneging IT, partnerships and operations. 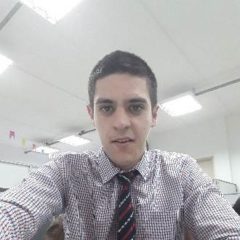 Bruno Felipe Domingues Correa is the Founder of Bruno’s School of English, a tutoring company that offers low-cost English lessons to students. Besides teaching English, the School also supports students in building a résumé and preparing for job interviews. Bruno also works in Human Resources at Apex Tool Group and he worked at NossaCred. He holds a degree in Business Administration from the University of Sorocaba. 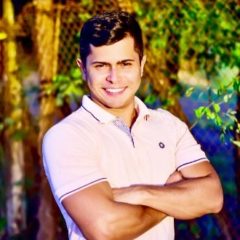 Lucas is the Founder and General Manager of Hire a Dream, an employment agency that provides professional guidance and employment opportunities to former inmates. In addition to his role as a young leader and social involvement, he also has experience in the field of language teaching for youth and adult. Lucas developed scientific research regarding the approach of English language in some public schools in Amapá. Lucas has been involved with volunteer activities for the past years. He holds a degree in Portuguese/English Language Education and its respective Literatures from the Federal University of Amapá – UNIFAP. 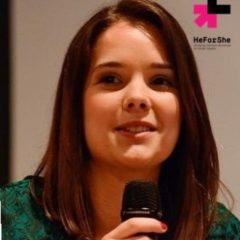 Thalita is the founder and CEO of Blend Edu, a start up that creates educational experiences to promote diversity and inclusion in companies and schools. Blend Edu aims to enable people to reach their full potential in an inclusive environment. One of its main products is a virtual learning community for organizations called Diversity SA.

Thalita also works as a Human Resources analyst at Vale SA and is a Global Shaper (World Economic Forum). She holds a Master’s Degree in Cultural Goods and Social Projects (dissertation on Corporate Gender Equality) by Fundação Getúlio Vargas and a degree in Business Administration from the State University of Rio de Janeiro (UERJ). 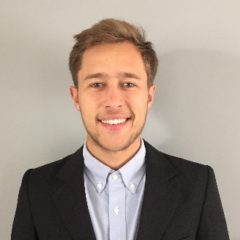 Fabio Streitemberger Fabro is the Founder and CEO of Inccount, which provides a user-friendly digital platform for small- and medium-sized enterprises to easily anticipate their receivables at an affordable cost with less paperwork. Fabio previously founded and worked as the CEO of TSM Auto Parts and was a Manager at Personalize Papéis. Fabio holds a Bachelor’s Degree in Mechanical Engineering from the Federal University of Paraná. 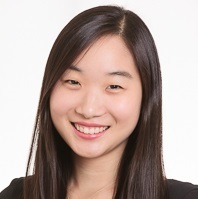 Stephanie Hong is a co-founder of Garatea, which aims at tackling the inefficiency in emergency public services by empowering communities with first-aid training and certification. By alerting first-aid-qualified volunteers through an app, victims can be helped before ambulances arrive, even in remote communities. Stephanie is currently a lawyer at Pinheiro Neto Advogados, and has interned at BlackRock and the Court of Justice of São Paulo. She has a Bachelor’s Degree in Law and is pursuing a Master’s Degree in Commercial Law from the University of São Paulo. 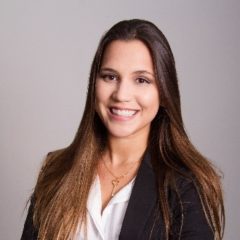 Stephanie Koller is the Co-Founder and General Manager of Tropicado, a company that brings healthy snack options to people in Brazil. Each week, Tropicado delivers ready-to-eat packaged foods in portions, and leftovers are composted to reduce food waste. Stephanie has worked as a Purchasing Intern at Votorantim, as a European Foundation for Quality Management Intern at Bosch in Germany, and as a Continuous Improvement Process Associate at Bosch in Brazil. She graduated from Pontifícia Universidade Católica do Paraná with a Bachelor’s Degree in Industrial Engineering. 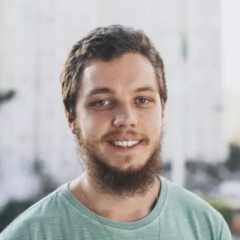 Gabriel Marmentini is the COO and CMO of Politize!, a web platform designed to strengthen Brazil’s democratic culture by offering simple, free, and nonpartisan education for everyone. The website aims to make political education more accessible and encourage people to be informed. Gabriel has a career focused on third sector, social management and citizenship, having a background experience on several NGOs and social movements. He has a Bachelor’s Degree in Public Administration from the State University of Santa Catarina, and is currently pursuing a Master’s Degree in Administration from the same university. 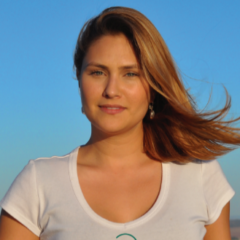 Jordana Mendonça is the Founder and President of EcomAmor, a nonprofit in Brazil that installs community gardens in order to reduce food insecurity, foster environmental and nutritional consciousness and connect people. Jordana works as a Court Assistant at the Court of Justice of the State of Goiás, and also taught Law at Alfredo Nasser College. She has a Bachelor’s and Master’s Degree in Law from Pontifícia Universidade Católica de Goiás. 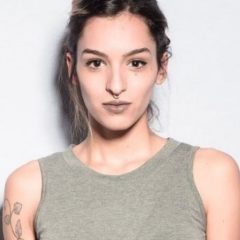 Maira Peres is the Founder and CEO of Diosa – Mão de Obra Feminina. Based in Brazil, Diosa is an online platform that connects women who work in home renovation with potential customers. By providing visibility and job opportunities to female workers, Diosa hopes to end gender stereotypes and impact local women and the economy. Maira previously worked as a Manager for Eglobal Service. She has a Bachelor’s Degree in International Relations from the Escola Superior de Propaganda e Marketing. 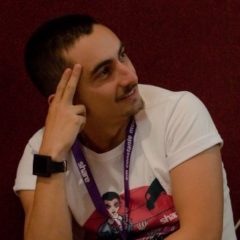 Rafael Perez is the Founder and Managing Director of Point – Facilitação Criativa, a business in Brazil that trains people from large companies, startups, schools, and universities about how to communicate effectively. Point gives guidance on presentations and group facilitation, and offers free courses for public school teachers to improve their skills in the classroom. Rafael previously worked in human resources at RBS Group. He has a Bachelor’s Degree in Business Management, with a focus on Design and Communication, from the Universidade Federal do Rio Grande do Sul. 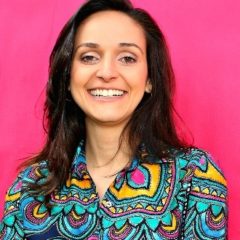 Lygia Pontes is the founder and CEO of Lygia Pontes Consultoria in Brazil, which provides consulting on behavior, communication, and management at the workplace. Her goal is to train all levels of collaborators about how to foster a positive working environment. She has many years of experience as a public relations professional, first working in communications for Natura, then as a Digital Manager for Edelman. Lygia holds a Bachelor’s Degree in Public Relations from the Universidade de São Paulo and a specialization in Business and Management from Fundação Getúlio Vargas. 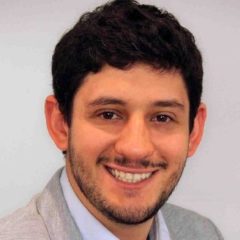 Ivan Prado is the Founder and CEO of Caos Heroico. The organization does trainings on people and organizational development, and currently partners with two prisons in southeast Brazil, working with guards and inmates on organization culture. Caos Heroico works to decrease the recidivism rate. Ivan taught management courses at Instituto de Socioeconomia Solidaria and personal and business development courses at Impact Hub São Paulo. He recently quit his studies in Chemical Engineering to pursue a BSc in Business Administration at the University of the People. 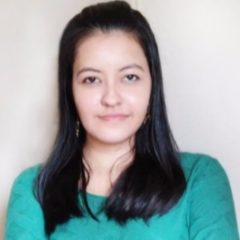 Yasmin is co-founder of Ananã Café, a coffee shop specialized in Brazilian special coffees, whose inputs comes from small local producers, its purpose is not only to enhance the Brazilian gastronomic culture but also help to move the local agricultural economy and promote the habit of consuming products of local origins. Yasmin is also an advertising professional and post-graduate student in Game Development at the Universidade do Estado do Amazonas(UEA). She has more than 5 years of experience in Marketing and Art Direction for digital media, game designer at Ludus Lab and co-founder of Com Café Digital, a digital marketing agency focused on small and medium-sized companies. 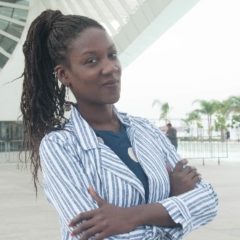 Thaís Rosa Pinheiro is the CEO of Conectando Territorios, that seeks to bring people closer to the history and memory of traditional Brazilian communities such as quilombos and also urban communities. She works with community based tourism  experiences where local people have their own voice, as well as bringing people closer to Afro-Brazilian culture with events, experiences and workshops. The aim is to make communities and afro Brazilian history visible and to increase respect, as well as generating income and sustainability for those territories. She has Master’s degree in Social Memory (Unirio), a specialization in Environmental Management Analysis and Planning (ENCE) and Economy, Management and Culture (UFRJ). Thaís has researched for more than six years community based tourism in quilombos communities and ethnic boundaries. She taught tourism at Cederj and has participated in international events in US, Colombia and Brazil and organized events with the following themes: quilombos, Afro-Brazilian history, displacement,  sustainability, community based tourism, human rights, lands rights and traditional communities. 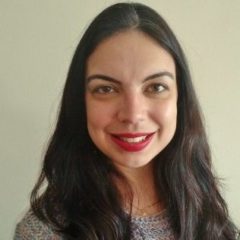 Luana Santos is the co-founder of Ethos Intelligence, which develops innovative business models that combine the creation of social value with the development of financially sustainable and scalable solutions. She has a Bachelor’s Degree in Communications and a Master’s in Marketing from the Federal University of Rio Grande do Sul, and also has earned professional development certificates from Harvard University, University of La Verne, and City University of London. 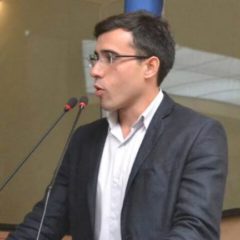 Rafael Sena is the co-founder and Chairman of the Advisory Board for the Association of Young Entrepreneurs of Recife (AJE Recife). The nonprofit organization helps young entrepreneurs develop leadership skills, connect with each other, and participate in forums and events aiming at better business environment. Rafael is currently a partner and Sales Manager with GNG Fundações Especiais. Previously, he was the Owner of DS Locação de Equipamentos and worked in several economic segments, such as logistics (transport of goods), environment (management and treatment of residues) and technology (tracking systems) . He holds a Bachelor’s Degree in Civil Engineering from the Catholic University of Pernambuco. 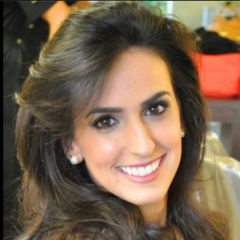 Vivian is a co-founder, partner and partnership director of Moradigna, a social business that provides retirement services for families of class C, D and E. She has worked at Promon Engineering as an architect, mentor and trainee committee member and is a member of Innovation Committee. She is lecture and consultant for innovation in large companies in Brazil by Fábrica de Criatividade. She holds a degree in Architecture and Urbanism and a specialization in Enterprise Management, both from Mackenzie University.