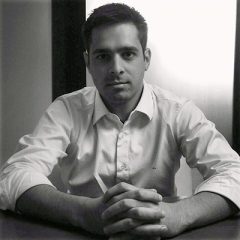 Leonardo de Siqueira Lima is a former Air Force Cadet in the Brazilian Air Force. He is the founder of Mais Educação, a nonprofit organization that aims to provide financial support for young people with fewer financial resources so that they can access quality education. Their goal is to help every student raise tuition money via crowdfunding. He holds a Bachelor´s Degree in Economics from Fundação Getulio Vargas in Brazil and a Master of Science degree in Economics, awarded by Pompeu Fabra University in Spain. He is also the founder of Terraço Econômico, a website that provides a forum for debate by posting articles on economic theory. 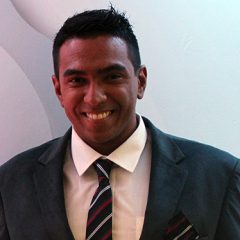 Thiago Lopes is the founder and CEO of American Insight, a company aimed at changing people’s lives by providing quality English classes. The company is located in Macaé, Rio de Janeiro with almost 200 students and more than 15 companies associated with it. The company is looking to expand to three different cities next year. Thiago hopes to create a digital project focused on teaching students anywhere in the world. The company was the finalist of a Sebrae and FNQ competition among more than 4,000 companies in the state of Rio de Janeiro. Thiago is also the co-founder of T&D Insight Consultoria, a consulting company aimed at building healthy companies and people. He is a Guidepoint International Consultant and Production Engineering undergraduate student at the Universidade Federal do Rio de Janeiro (UFRJ). 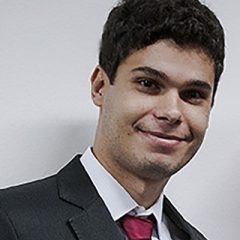 Leandro Luque is the Founder and CEO of at4you, a non-profit Brazilian organization focused on developing and customizing assistive technologies for impaired people. In addition to his role as CEO at at4you, Leandro serves as an associate professor in Computer Science at Sao Paulo State Technological College. Leandro earned a Bachelor’s Degree in Computer Science and a Master’s Degree in Applied Computing after attending the National Institute for Space Research. He is currently completing a PhD program in Computer Engineering at the University of Sao Paulo with funding from Toshiba Corporation. In 2016, he received the Google Latin America Research Award. 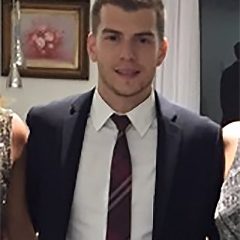 Felipe Neves is a lawyer at a prominent law firm in São Paulo, Brazil and the founder and president of Projeto Constituição na Escola (Constitutional Law in Schools Project). This project aims to teach students of public schools located in poor areas in São Paulo, Brazil the main aspects of the constitution and current anti-corruption regulations. He has a Bachelor’s Degree in Law from the Pontifícia Universidade Católica of São Paulo (PUC-SP), where he is currently an assistant professor. 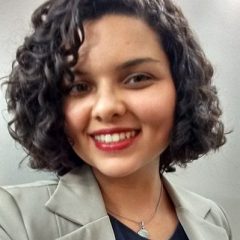 Stephanie Oliveira is Founder and CEO of Host a Future, an online platform where students can use their knowledge and skills as currency in exchange for accommodations with hosts living near the universities to improve their quality of life and learning. This company is part of Shell Iniciativa Jovem, the Brazilian version of Shell LiveWIRE. Stephanie is also a social projects consultant for NGOs at Instituto Ekloos and a mentor of social entrepreneurship at GESS MOOC. She has a Bachelor’s Degree in Communications from Federal University of Rio de Janeiro (UFRJ), an International Certification in Social Business from ESPM Social Yunus Business Centre, and an MBE in Economics and Sustainability Management from UFRJ. 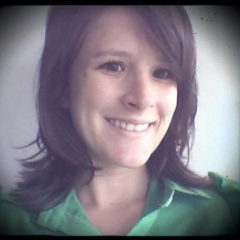 Natalia Pegoraro is the cofounder of O Amor é Simples, a Brazilian brand that sells cheap and beautiful wedding dresses online. The company is striving to change the traditional $5 billion per year wedding industry known for its high prices; she wants to empower lower class brides to still be able to have their dream wedding within their budget. Previously, Natalia worked as a content manager in a local publicity agency and has more than eight years of experience in digital marketing and brand content. She has a Bachelor’s Degree in Public Relations from the Universidade Federal do Rio Grande do Sul (UFRGS) and a Master’s Degree in Marketing from Fundação Getúlio Vargas (FGV). 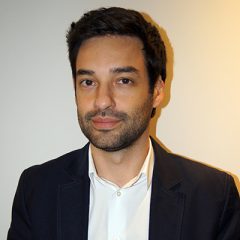 Julio Cesar Regis is the Co-Founder and COO of Hosoume Incorporadora, a venture created in 2016 to provide affordable housing projects for low-income families in Brazil. The vision of this company is to combat housing shortages through innovative construction systems. Julio has a Bachelor’s Degree in Communication, and he worked for seven years as a digital marketing specialist in both local and global firms. In 2011 he began an entrepreneurial career developing his own company, Realize CCA, a financial services consulting company that creates solutions for the real estate market. 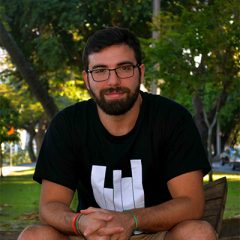 Murillo Sabino is the co-founder of Projeto RUAS, a social tool to engage communities to resolve problems related to homelessness. More than 350 volunteers have participated already. Murillo also is an active member of the Development Forum for Social Business of Rio de Janeiro. He has worked for four years at Coca-Cola Brasil as a trainee, developing projects in areas such as Finance, Shopper Marketing, and Operations. Also, he has co-founded JUCS (Advertising Colleges State Games), a sports event that gathers the biggest advertising universities of Rio de Janeiro in a 4 day competition. He has a degree in Production Engineering from PUC-Rio University. 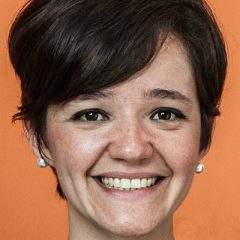 Liziane Dranka Silva is the Founder and CEO of Ink, a social business supporting the expansion capabilities of social organizations and businesses through consulting and training services. She previously served as a Youth Ventures Program Coordinator for Aliança Empreendedora in Curitiba, Brazil. She has a Bachelor’s Degree in Economics from the Universidade Federal do Paraná. 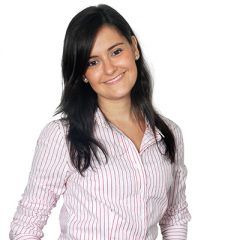 Iluska Vieira has spent 9 years developing skills of young people and 7 years leading organizations connected with the social business environment in Latin America. In October 2015 Iluska started Pranah, an impact business focused on education in Brazil. Every student has his or her own abilities and skills, but the current education system does not allow teachers to understand the differences and apply diverse methodologies to focus on individual performance. Pranah is a pioneer in identifying the way each one learns best. The business provides self-awareness, learning tools, and methodologies for Brazilian teachers, parents, and students. Since 2015, Pranah has developed methods and social emotional skills for children and teenagers. The business has won the SEBRAE Social Business Award, developed a partnership with private schools, and was selected by the Brazil Foundation to implement its methods in public schools in low income areas of Rio de Janeiro.