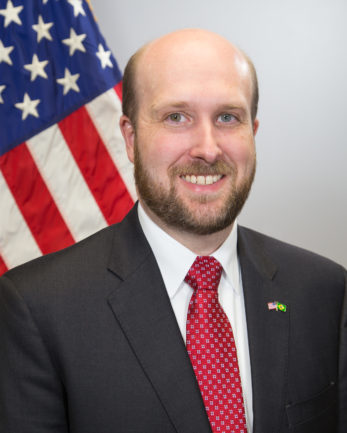 William “Bill” Popp has served as the Deputy Chief of Mission at the U.S. Embassy in Brasilia, Brazil since August, 2017.  He was the Political Counselor at the U.S. Embassy in Nairobi, from August 2015 to August 2017, and served as the Acting Deputy Chief of Mission there from December 2016 to May 2017.  Prior to Kenya, he served as the Director of the Office of Economic Policy and Summit Coordination in the State Department’s Bureau of Western Hemisphere Affairs.