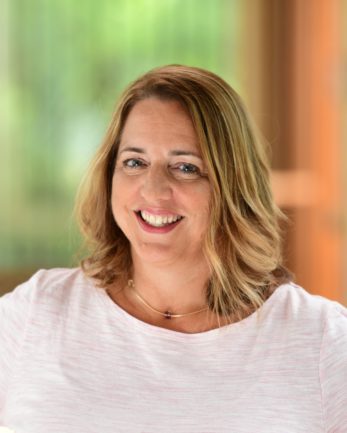 Christine Nyirjesy Bragale joined the News Literacy Project in June 2018 from the humanitarian organization Mercy Corps, where she led the global communications and public engagement team. She is passionate about connecting people to the information they need and telling authentic stories that inspire them to take action. A veteran international journalist and former member of the White House press corps, Christine spent the first decade of her career covering politics, diplomacy and major international news stories as a television news producer and editor — including at The Associated Press, where she helped launch the global news agency’s television arm, APTN, and directed its news-gathering operations in the Americas.

Her decades-long career in public relations encompasses leadership roles at Goodwill Industries International, at the time a $3 billion nonprofit organization; TASC, a defense and national security contractor; and Weber Merritt, a boutique public affairs firm specializing in media and grass-roots advocacy. A multilingual communication strategist accredited by the International Association of Business Communicators, Christine has won more than 30 industry awards for communication campaigns, speechwriting and video production. She has a bachelor’s degree in history and a certificate in Latin American studies from Georgetown University.