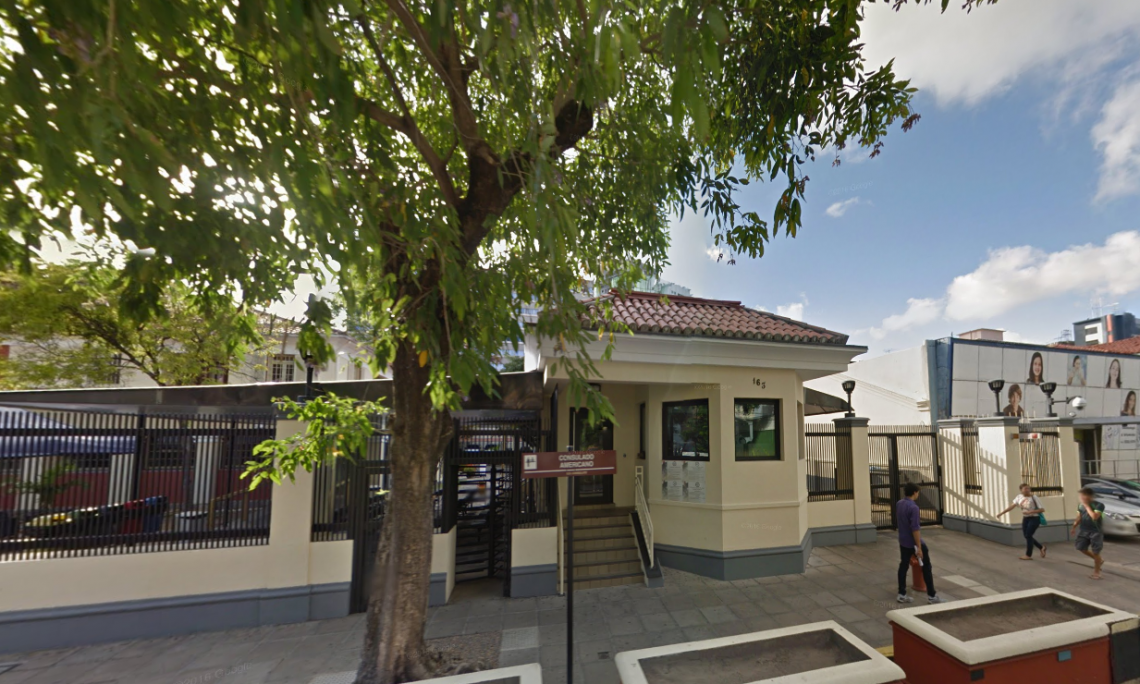 Established in 1815, the Consulate General of the United States in Recife is the oldest U.S. diplomatic post in Brazil.  Together with Brazilians, we celebrate over 200 years of friendship and collaboration between the United States and the Northeast. The United States has maintained diplomatic relations with the Northeast region of Brazil for longer than almost any place in the world. Since the arrival of the first consul Samuel Voorhees, the U.S. Consulate has served the states of Sergipe, Alagoas, Pernambuco, Paraíba, Rio Grande do Norte, Ceará, Piauí and  Maranhão.

In 1817, the region’s second consul, Joseph Ray, publicly supported Pernambucan revolutionaries who sought independence from the Portuguese Empire.  Ray opened his home to rebel leaders like Antônio Gonçalves da Cruz “Cabugá,” who later travelled to the United States as a representative of the revolution. Two of Brazil’s most important diplomats were Nordestinos.  Professor Marcos Antônio Araújo of the Federal University of Pernambuco was one of five diplomats to negotiate the 1871 Treaty of Washington between the United States and the United Kingdom and Recife native Joaquim Nabuco became Brazil’s first ambassador to the United States in 1905.

Perhaps one of the most important partnerships between the United States and Brazil was the construction of the Parnamirim military base in near Natal in Rio Grande do Norte state during World War II.  Roughly 5,000 American soldiers lived and worked at this air base, which accelerated regional development and transformed the local culture. At the time, Natal was the only city in Brazil to have a baseball field, which exists to this day.

The Northeast has received many important American visitors. The Potenji River Conference, also known as the Natal Conference, took place on January 28 and 29, 1943 between the President of Brazil, Getúlio Vargas and the President of the United States, Franklin Delano Roosevelt. On his return from the Casablanca Conference, the President Roosevelt visited the President Vargas to inspect the military installations that were sending aircraft and equipment to the fronts in Africa and Asia. The visit also involved discussions of the ongoing support and role of Brazil in World War II. In 1906, Secretary of State Elihu Root visited Recife to honor his friend Joaquim Nabuco. First Lady Eleanor Roosevelt met with the Bishop of Natal Dom Marcelino Dantas and General Gomes in 1944 and Secretary of State Dean Acheson followed with a visit in 1952. Visits by American officials, figures, and tourists increase each year!

Looking towards the Future

In the 21st century, the United States and Brazil continue to prioritize economic development, English education, and international people-to-people exchange programs. With the support of the consulate, binational centers in São Luís, Ceará, and Recife, as well as American Corners and EducationUSA programs form a network to encourage Nordestinos to study in the United States and to increase English language skills. Increased bilateral commerce has also contributed to the steadily increasing wave of travel between the Northeast and the United States.  In recent years, the consulate general has increased its  staff, and installed offices for Foreign Commercial Services and Political and Economic affairs. Our team at the Consulate General of the United States in Recife proudly celebrates over 200 years of friendship and collaboration with the Northeast.