Julia Harlan is the Consul General at the U.S. Consulate General in Porto Alegre, Brazil. She took up her duties in June 2017.

A career Foreign Service Officer with the U.S. Department of State, Ms. Harlan served as a Senior Advisor to Deputy Secretary of State Heather Higginbottom, as the Supervisory Post Management Officer for the Bureau of Western Hemisphere Affairs, and as a Watch Officer in the Department of State’s Operations Center. Overseas, Ms. Harlan has served at the U.S. Embassies in Mexico City and Beijing and at the U.S. Consulate General in Shanghai, China. 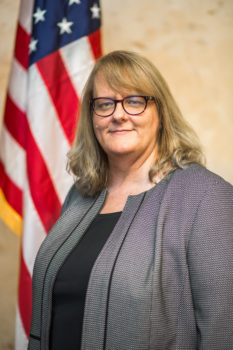 Originally from Indiana, Ms. Harlan has a B.A. in History from Barnard College, a J.D. from the University of Wisconsin, and a M.P.A. from Indiana University’s School of Public and Environmental Affairs. Prior to joining the Department of State, she practiced both private and public law and was a Peace Corps Volunteer in Latvia. Ms. Harlan is married to a Foreign Service Officer and they have two children.