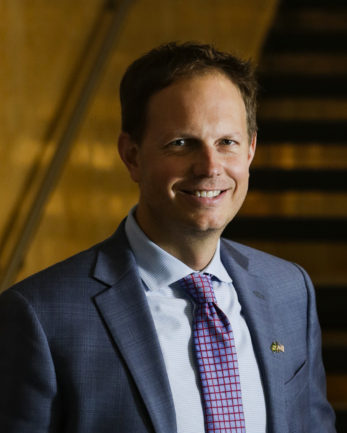 Shane Christensen is the Consul General at the U.S. Consulate General in Porto Alegre, Brazil. He most recently served as Chief of Staff for the State Department’s Bureau of Western Hemisphere Affairs. Shane has also been a leadership and negotiations trainer at the U.S. Foreign Service Institute and a Senior Watch Officer in the Operations Center. Overseas, Shane has served at the U.S. Embassies in Mexico City, Havana and Kabul, the U.S. Missions to the United Nations in New York and the Organization for Economic Cooperation and Development (OECD) in Paris, and the U.S. Consulate General in Dubai.

A Montana native, Shane holds a B.A. in Political Science from the University of California, Berkeley, and Masters degrees in International Relations and Public Administration from the University of Cambridge and Harvard University. He speaks Portuguese, Spanish, French, and some Persian. Shane is also a trained leadership coach and mediator. Prior to joining the Department of State, he was a freelance travel writer in Latin America, Europe, and the United States. He and his Australian-born wife Romy have two mischievous and adorable toddlers. In his spare time, he enjoys playing tennis and seeing the world anew through the eyes of his children.