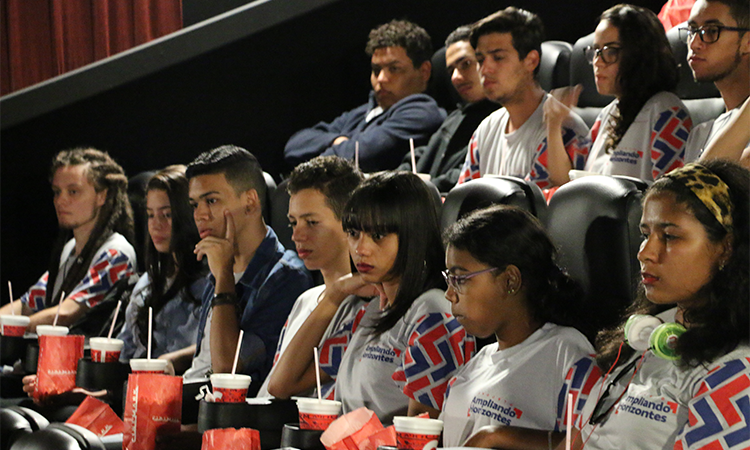 The American Presence Post in Belo Horizonte invited English-language students sponsored by the U.S. Mission to an exclusive screening of the Academy Award-nominated film Hidden Figures on May 10, 2017. The screening, along with other international showings, was noted by a NBC news report in the United States. Hidden Figures tells the story of three African-American women mathematicians who worked at NASA during the beginning of the space program, at the height of the Cold War and during a time of elevated racial tension.