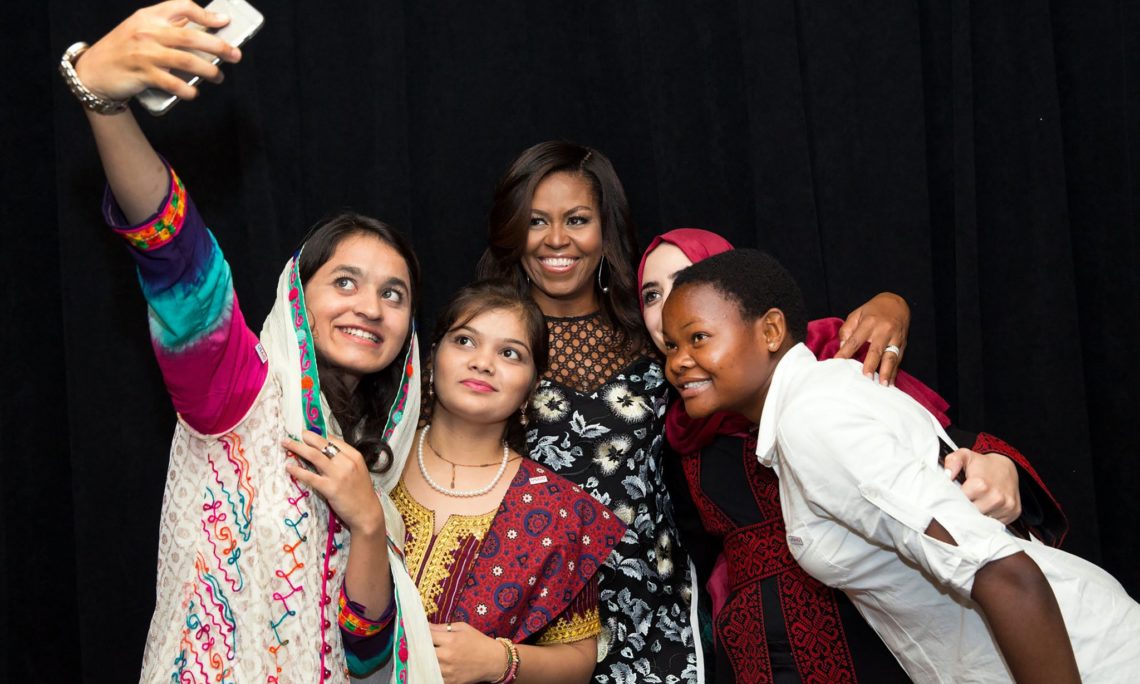 “The single best indicator of whether a nation will succeed is how it treats its women.  When women have health care and women have education, families are stronger, communities are more prosperous, children do better in school, nations are more prosperous….  If you want your country to grow and succeed, you have to empower your women.”

International Day of the Girl provides us the opportunity to take stock of this Administration’s progress around Let Girls Learn, an initiative that employs a whole-of-government approach to helping adolescent girls around the world get a quality education that empowers them to reach their full potential.  As we look towards the future, it is clear that educating girls is among the most strategic and effective investments we can make to achieve our foreign policy and sustainable development goals, which is why the President and First Lady launched Let Girls Learn in March 2015.  This Administration’s holistic approach towards girls’ education includes investments of more than $1 billion dollars in new and ongoing programming by the U.S. Government in more than 50 countries, and has established nearly 100 private sector partnerships to promote adolescent girls’ education around the world. To continue these efforts, thePresident’s FY 2017 Budget requested more than $100 million in new funds for Let Girls Learn.

The Promise of Adolescent Girls’ Education

Ensuring that a nation’s girls are educated unlocks human potential on a transformational scale, advancing progress in every area. It is a critical step in changing values and norms pertaining to women and girls and spurring improvements on key development indicators. We know that education helps end harmful cycles of poverty and improves health outcomes. Children of educated mothers are more likely than those of uneducated mothers to have higher birth weights, less likely to die in infancy, less likely to contract HIV, and more likely to be immunized. When women and girls are educated, they have the tools to better participate in the formal economy and earn an income—and are poised to make a tremendous difference in all areas of their lives. Moreover, we know that any country that oppresses half the population, does not respect their rights, or prohibits them from going to school or allow them to work, is a society that will not reach its  long-term potential.  As the President has stated, educating girls is a national security issue; when girls are educated, communities are better equipped to cope with adversity, withstand crises, and make investments in the future. Countries are safer, more prosperous, and more stable when women and girls have the same opportunities as men and boys. Simply put, when girls and women are educated, they are a powerful force for positive change.

The Barriers to Adolescent Girls’ Education

Prior to the launch of Let Girls Learn, there was a tremendous global effort to reach gender parity in educational opportunities for girls in primary school and young adolescent girls moving into secondary school – an effort that continues today.  Education advocates and agencies like UNESCO reported that about 62 million young girls were out of school around the world.  But over the last year and a half, the world’s attention began to shift to the need for all adolescent girls to not just complete their primary and lower secondary education, but to complete their education through high school.  According to a UNESCO report released in July 2016, there are 98 million adolescent girls who are being denied the opportunity to go to school.  Through the efforts of Let Girls Learn, this Administration is working to provide opportunities to all adolescent girls currently out of school so that they can reach their full potential through a quality education.

Too many adolescent girls face significant barriers to attend and complete school. These challenges may begin long before they reach adolescence, even from birth. As young girls, they are often expected to complete chores, collect water and firewood, and watch over other children, while boys are able to attend school, become breadwinners, and represent the family in public gatherings and forums. As girls reach adolescence, the fight to get an education becomes even harder. Many girls risk long, unsafe walks to school, and the schools that are available may lack appropriate infrastructure or safe and sanitary facilities, hindering their attendance, especially during menstruation. They are also vulnerable to violence and harassment at school, perpetrated by other students or their teachers. In some places in the world, girls may be forced to marry as young as eleven or twelve years old, effectively ending their childhoods. Pregnancy is a key barrier to girls’ education, especially if they are married, which has grave consequences for their health and that of their children.Adolescent girls and young women are disproportionately affected by HIV/AIDS in sub-Saharan Africa, accounting for over 70 percent of new HIV infections among adolescents there. Nearly 1,000 adolescent girls and young women are infected with HIV in sub-Saharan Africa every day.

Let Girls Learn concentrates much of its efforts on developing programs and policies specific to enhancing adolescent girls’ education around the world. The initiative, though, reaches beyond the education sector. It employs a comprehensive approach that addresses the complex health, economic, and societal barriers that girls face to receive a quality education.  Let Girls Learn has identified and will continue to pursue the following interdependent and mutually reinforcing objectives: to foster an enabling environment for adolescent girls’ education; to change the perception of the value of girls at the individual, community and institutional levels; and to engage and equip girls to be agents of change. Additionally, Let Girls Learn creates an avenue of thoughtful collaboration between the U.S. government and foreign governments, multilateral organizations, the private sector, civil society and others to focus on the needs of adolescent girls. Looking forward, we are committed to a sustained effort to advance the initiative’s goals in the months and years to come, particularly through our efforts to empower the next generation of women with the launch of the U.S. Global Strategy to Empower Adolescent Girls.