Home Home / News & Events / FACT SHEET: The Biden-Harris Administration Is Advancing LGBTQI+ Human Rights at Home and Across the Globe 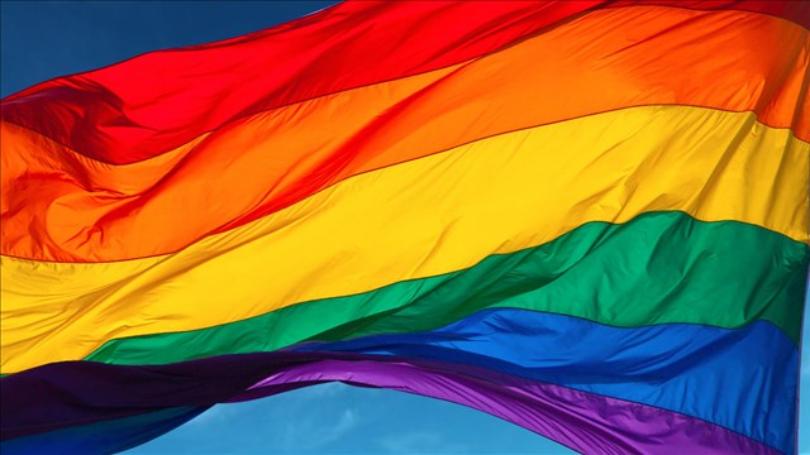 “Everyone is entitled to dignity and equality, no matter who they are, whom they love, or how they identify—and we will continue to engage with allies and partners to advance the human rights of LGBTQI+ people here at home and in all corners of the world.”
– President Joe Biden

The United States joins the international community in recognizing the International Day Against Homophobia, Transphobia and Biphobia.  The Biden-Harris Administration is steadily implementing the Presidential Memorandum on Advancing the Human Rights of Lesbian, Gay, Bisexual, Transgender, Queer and Intersex (LGBTQI+) Persons Around the World.  The below information outlines how U.S. diplomacy and foreign assistance are working to promote and protect the human rights of LGBTQI+ persons in line with the different areas of the Presidential Memorandum:

Combating Criminalization of LGBTQI+ Status or Conduct Abroad:   The Department of State, the Department of Labor, and the U.S. Agency for International Development (USAID) are leveraging diplomatic engagement and foreign assistance to promote practices and policies that respect human rights, including efforts which lead to the decriminalization of consensual same-sex status.   The Department of State-managed Global Equality Fund (GEF), which is a public-private partnership of like-minded governments, businesses, and foundations that supports civil society programs to protect LGBTQI+ human rights, provides assistance to locally-owned efforts to advance law reform.  Specific activities include human rights documentation, support for legal advocacy, and trainings for a broad range of stakeholders including lawyers, police, and others.  USAID also supports capacity building for LGBTQI+ human rights organizations.

Protecting Vulnerable LGBTQI+ Refugees and Asylum Seekers:  The Department of State supports the   United Nations Refugee Agency (UNHCR) to increase protection for LGBTQI+ refugees overseas and to support global resettlement of LGBTQI+ refugees. In Sub-Saharan Africa and the Middle East, the Department is supporting civil society organizations to protect LGBTQI+ refugees in urban environments. The Department of Homeland Security’s Immigration and Customs Enforcement (ICE) is continuously reviewing its policies and programs to better address the needs of transgender persons in a fair and humane way, ensuring we are consistent with the President’s Memorandum.

Foreign Assistance to Protect Human Rights and Advance Nondiscrimination:  Since its launch in 2011, the Global Equality Fund has provided more than $83 million in funding through small grants, emergency and rapid response assistance, and support for more than 50 technical assistance projects in more than 100 countries worldwide.  USAID manages the Multi-Donor LGBTI Global Human Rights Initiative, which leverages financial and technical contributions from Sweden and Canada to support locally-led LGBTQI+ organizations.  The Department of Labor, the Millennium Challenge Corporation, the Export-Import Bank, and the U.S. International Development Finance Corporation are all reviewing their programs to more effectively include LGBTQI+ persons.

Swift and Meaningful Responses to Human Rights Abuses of LGBTQI+ Persons Abroad:  The Department of State has repeatedly spoken out in defense of the human rights of LGBTQI+ persons abroad, including those targeted in Uzbekistan, Chechnya (Russia) and elsewhere  Through the GEF, the Department of State also provides emergency assistance to frontline human rights defenders, including security trainings.  USAID also supports emergency funding to LGBTQI+ people in the Caribbean, Africa, and Asia.

Building International Coalitions:  The U.S. Mission to the United Nations has led U.S. re-engagement in the United Nations LGBTI Core Group, including by ensuring U.S. support for every Core Group statement since Day One of the Biden-Harris Administration.  The Department of Justice participated in a virtual meeting at the Organization of Security and Cooperation in Europe on gender-based hate crimes, during which it highlighted the U.S. Shepard/Byrd Hate Crimes Prevention Act of 2009 and U.S. efforts to address the needs of LGBTQI+ community members more broadly.  The Department of State also launched an interagency working group to identify opportunities to incorporate LGBTQI+ human rights in the work of the Organization of American States, the African Union, and the Association of South East Asian Nations.

Rescinding Inconsistent Polices:  This Administration has rescinded polices from the previous administration that are inconsistent with the President’s Memorandum on Advancing the Human Rights of LGBTQI+ Persons Around the World.  The Department of Defense, for example, issued interim guidance to stop any adverse personnel actions targeting transgender individuals initiated under the previous administration.  USAID has also revised the “Gender Equality and Women’s Empowerment Policy” and the “Policy on Counter-Trafficking in Persons from 2017-2021,” that removed or reduced issues specific to LGBTQI+ persons.  USAID and other government officials responsible for LGBTQI+ human rights re-established close ties with programs responsible for broader human rights and gender issues and re-engaged with missions around the world.