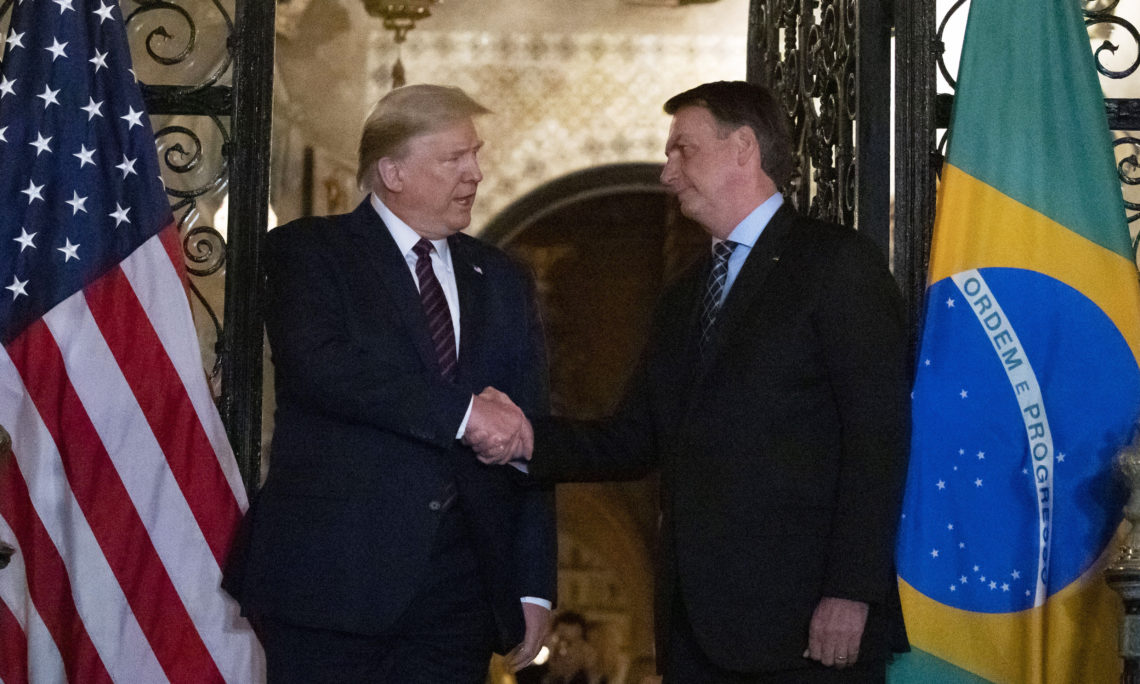 THE UNITED STATES AND BRAZIL: PARTNERS FOR A PROSPEROUS HEMISPHERE

The U.S.-Brazil relationship is stronger than ever.  President Jair Bolsonaro will visit Florida March 7-10, and President Trump will host him at Mar-a-Lago.  The U.S.-Brazil partnership is key to the President’s vision to achieve a free and democratic Western Hemisphere where economic prosperity can flourish throughout, and this visit enables our countries to advance these shared interests.

As the two largest economies in the Western Hemisphere, the United States and Brazil share a bilateral trade relationship valued at more than $100 billion, and the United States is Brazil’s largest trading partner in value-added goods.  Our economic relationship is rooted in principles of fair trade, market liberalization, and healthy competition.  Both countries share a vision of expanding bilateral trade and investment, with an aim to ease the transfer of goods and services in a safe and sustainable way.  Since Presidents Trump and Bolsonaro last met in March 2019, both countries have taken real actions to promote prosperity.

OUR PARTNERSHIP ADVANCES DEMOCRACY IN THE REGION

As the two largest democracies in the hemisphere, we are deepening our cooperation to promote human rights and democracy across the region.  The United States applauds Brazil for its leadership in supporting a restoration of democracy and an end to the humanitarian crisis in Venezuela, as well as Brazil’s steadfast support for democracy in Bolivia and Nicaragua.

THE UNITED STATES AND BRAZIL COOPERATE ON SECURITY IN THE HEMISPHERE

The United States and Brazil share long-standing cooperation on security issues and our defense cooperation is at the strongest level it has been in many years.  We are expanding our collaboration on addressing challenges such as narcotics and weapons trafficking, terrorism, cybercrimes, and money laundering.