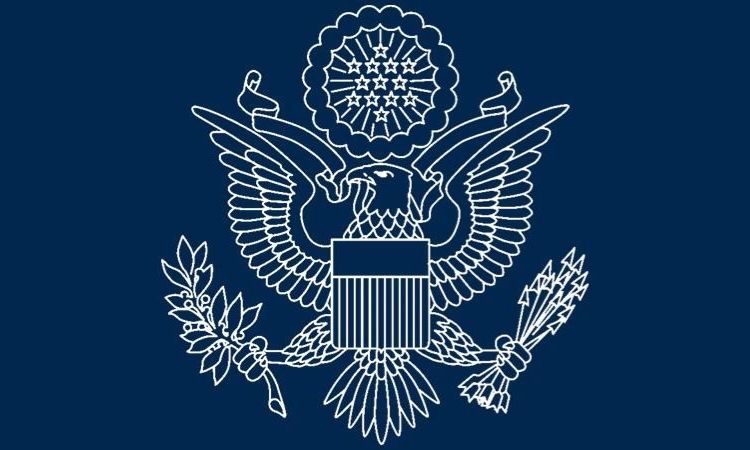 FACT SHEET
OFFICE OF THE SPOKESPERSON

The Department of State, working with the U.S. interagency, is aware of several Russian military and intelligence entities that are engaged in information confrontation targeting Ukraine.  These activities include the spread of disinformation and propaganda attempting to paint Ukraine and Ukrainian government officials as the aggressor in the Russia-Ukraine relationship.  Such measures are intended to influence Western countries into believing Ukraine’s behavior could provoke a global conflict and convince Russian citizens of the need for Russian military action in Ukraine.  Below are examples of Russian lies about the current crisis and its causes – and the truth.

FICTION:  Ukraine and Ukrainian government officials are the aggressor in the Russia-Ukraine relationship.[i]

FACT:  False statements from the Putin regime blame the victim, Ukraine, for Russia’s aggression.  Russia invaded Ukraine in 2014, occupies Crimea, controls armed forces in the Donbas, and has now amassed more than 100,000 troops on the border with Ukraine while President Putin threatens “retaliatory military-technical” measures if his demands are not met.

FICTION:  The West is pushing Ukraine toward a conflict.[ii]

FACT:  Moscow instigated the current crisis by placing more than 100,000 troops on the border of Ukraine, with no similar military activity on the Ukrainian side of the border.  Russian military and intelligence entities are targeting Ukraine with disinformation attempting to paint Ukraine and Ukrainian government officials as the aggressor in the Russia-Ukraine relationship.  The Russian government is trying to trick the world into believing Ukraine’s behavior could provoke a global conflict and to convince Russian citizens of the need for Russian military action in Ukraine.  Russia blames others for its own aggression, but it is Moscow’s responsibility to end this crisis peacefully through de-escalation and diplomacy.  Moscow invaded Ukraine in 2014, occupies Crimea, and continues to fuel conflict in eastern Ukraine.  This follows a pattern of Russian behavior of undermining the sovereignty and territorial integrity of countries in the region – invading and occupying parts of Georgia in 2008, and failing to honor its 1999 commitment to withdraw its troops and munitions from Moldova, where they remain without the government’s consent.

FICTION:  Russia’s deployment of combat forces is a mere repositioning of troops on its own territory.[iii]

FACT:  Deploying more than 100,000 Russian troops, including battle-hardened combat forces and offensive weaponry with no plausible innocuous explanation, to the borders of a country that Russia has previously invaded and still occupies in places is no mere troop rotation.  It is a clear, renewed Russian threat to Ukraine’s sovereignty and territorial integrity.  The buildup is paired with active disinformation measures designed to undermine confidence in the Ukrainian government and create a pretext for further Russian incursion.

FICTION:  The United States has planned chemical weapons attacks in the Donbas.[iv]

FACT:  The United States and Russia are parties to the Chemical Weapons Convention.  In accordance with its obligations under that international agreement, the United States does not use chemical weapons.  However, the Russian government has twice used chemical weapons in recent years to attack and attempt to assassinate opponents, including on foreign soil.  Rather than fuel conflict in eastern Ukraine as Russia has done, the United States has provided more than $351 million in humanitarian assistance to those affected by Moscow’s aggression there since 2014.   Russia is using statements from high-level officials as well as disinformation and propaganda outlets to intentionally spread outright falsehoods to attempt to create a pretext for military action.

FACT:  There are no credible reports of any ethnic Russians or Russian speakers being under threat from the Ukrainian government.  There are, however, credible reports that in Russia-occupied Crimea and in the Donbas, Ukrainians face suppression of their culture and national identity and live in an environment of severe repression and fear.  In Crimea, Russia forces Ukrainians to assume Russian citizenship or lose their property, their access to healthcare, and their jobs.  Those who peacefully express opposition to Russia’s occupation or control face imprisonment on baseless grounds, police raids on their homes, officially sanctioned discrimination, and in some cases torture and other abuses.  Religious and ethnic minorities are investigated and prosecuted as “extremists” and “terrorists.”

FICTION:  NATO has plotted against Russia since the end of the Cold War, encircled Russia with forces, broken supposed promises not to enlarge, and threatened Russia’s security with the prospect of Ukrainian membership in the Alliance .[vi]

FACT:  NATO is a defensive alliance, whose purpose is to protect its member states. All Allies reaffirmed at the June 2021 Brussels Summit that “the Alliance does not seek confrontation and poses no threat to Russia.”  In fact, in 2002 President Putin himself stated “Every country has the right to choose the way it ensures its security.  This holds for the Baltic states as well.  Secondly, and more specifically, NATO is primarily a defensive bloc.”

NATO does not encircle Russia – Russia’s land border is just over 20,000 kilometers long.  Of that, less than one-sixteenth (1,215 kilometers), is shared with NATO members.  Russia has land borders with 14 countries. Only five of them are NATO members.

In response to Russia’s use of military force against its neighbors, NATO deployed four multinational battlegroups to the Baltic States and Poland in 2016.  These forces are rotational, defensive, proportionate, and requested by the host nations.  Before Russia’s illegal seizure of Crimea, there were no plans to deploy Allied troops to the eastern part of the Alliance.

NATO never promised not to admit new members.  NATO enlargement is not directed against Russia.  Every sovereign nation has the right to choose its own security arrangements and to enter into defensive regional alliances for purposes of self-defense.  This is a fundamental principle of European security, reflected in the UN Charter, and is one that Russia has affirmed in myriad international and regional instruments such as the Helsinki Final Act.

FICTION:  The West shuns diplomacy and goes straight to measures like sanctions.[vii]

FACT:  The United States and our partners are engaging in intensive diplomacy to resolve this crisis, including directly with the Russian government.  President Biden has spoken with President Putin twice and U.S. officials have held dozens of high-level meetings and phone calls with Russian and European counterparts as part of a comprehensive diplomatic effort to resolve this situation peacefully.  What remains to be seen is whether Russia is willing to meet its responsibilities as a member of the global community and take steps to de-escalate the crisis it has generated.  But we have also made clear, publicly and privately, that we and our partners will impose swift and severe economic costs on the Russian economy should President Putin choose to further invade Ukraine.

[i] “Now they tell us, war, war, war.  It seems [the Ukrainians] are preparing another operation [in Donbas] and are warning us not to get in the way, or there’ll be sanctions.” – President Putin
https://web.archive.org/web/20220110200851/https://www.msn.com/en-gb/news/world/russian-mercenaries-deploy-into-eastern-ukraine-sources-claim/ar-AAS5OBj?hss_channel=fbp-44821210086

[ii] “We have to be mindful of our own security, not just for today and not just for next week, but in the short term.  How is Russia to live with all this?  Do we always have to stay on guard, watching what happens there and when a strike might come?  But what does it all mean if we end up in the conflict you are asking about?  This is not our choice, and we do not want this” – President Putin
https://web.archive.org/web/20211230075113/http://en.kremlin.ru/events/president/transcripts/67438

[iii] ”We will decide for ourselves solely what to do on our territory.” – Deputy Russian Foreign Minister Ryabkov
https://archive.is/8q8NK#selection-3851.30-3851.69

[iv] “We have identified the presence of over 120 members of U.S. mercenary groups in the cities of Avdiivka and Krasny Liman to commit provocations…Tanks filled with unidentified chemical components were delivered to the cities of Avdeevka and Krasny Liman to commit provocations.” – Russian Defense Minister Sergei Shoigu
https://web.archive.org/web/20211225083153/https://www.themoscowtimes.com/2021/12/21/us-mercenaries-preparing-donbass-provocation-russian-defense-chief-a75892

[vi] “… all this is happening against the background of active military ‘expansion’ on the territory of Ukraine by NATO countries creating a direct threat to the security of Russia.” – The Kremlin
https://web.archive.org/web/20220110013538/https://www.jpost.com/international/putin-tells-uks-johnson-nato-members-are-threatening-russia-from-ukraine-688642

[vii] ”[Future U.S. sanctions] would be a mistake that our ancestors would see as a grave error. A lot of mistakes have been made over the past 30 years, and we would better avoid more such mistakes in this situation.” – Presidential foreign affairs adviser Yuri Ushakov
https://web.archive.org/web/20220108121328/https://www.voanews.com/a/biden-affirms-sanctions-threat-putin-says-that-would-be-colossal-mistake-/6376182.html