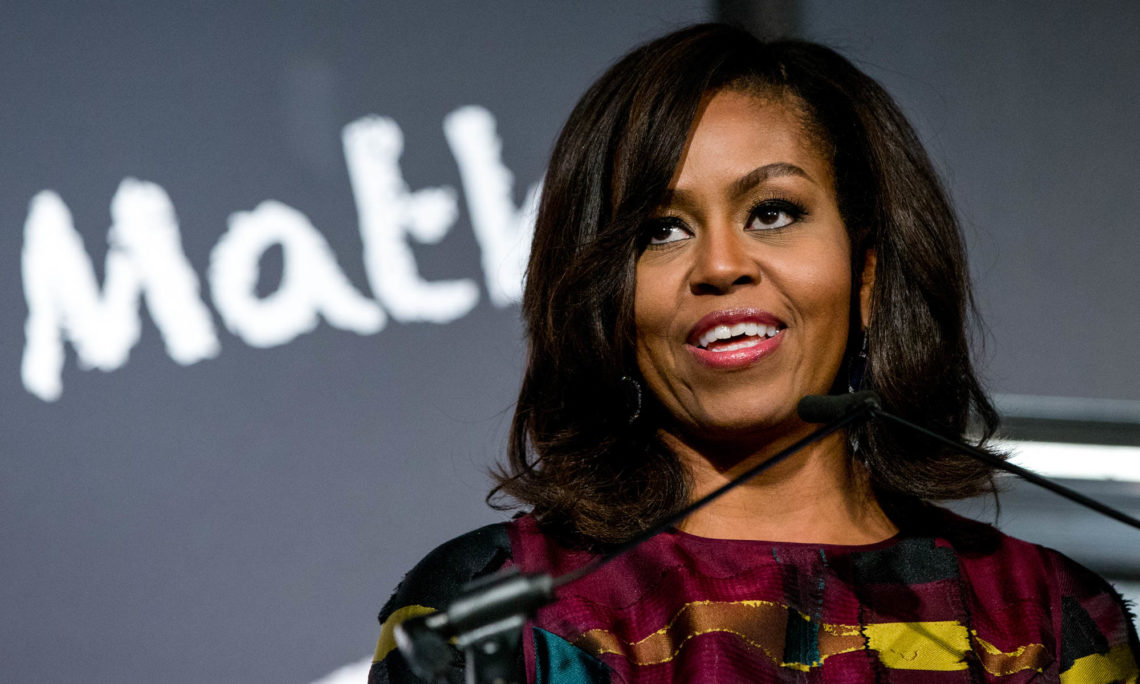 As part of International Day of the Girl, the following op-ed by First Lady Michelle Obama appeared on CNN.com.

For me, education has never been simply a policy issue – it’s personal.  Neither of my parents and hardly anyone in the neighborhood where I grew up went to college.  But thanks to a lot of hard work and plenty of financial aid, I had the opportunity to attend some of the finest universities in this country.  That education opened so many doors and gave me the confidence to pursue my ambitions and have a voice in the world.  For me, education was power.

And a few years ago, when I had the honor of meeting Malala Yousafzai, who was shot in the head just for trying to go to school, this issue got really personal for me.  I saw that the terrorists who nearly killed her were trying silence her voice, snuff out her ambitions, and take away her power.

That’s why I decided to work on global girls’ education as First Lady: because right now, there are tens of millions of girls like Malala in every corner of the globe who are not in school — girls who are so bright, hardworking and hungry to learn.  And that’s really the mission of the Let Girls Learn initiative we launched last year – it’s a global effort to give these girls the education they need to fulfill their potential and lift up their families, communities and countries.

Now, as First Lady, I have no budget of my own for programs, and I have no authority to make or pass laws.  That’s why, when we first launched Let Girls Learn, many folks doubted that we could make a real impact on this global issue.

But over the past year and a half, we’ve established partnerships with some of the world’s largest companies and organizations that are committing money, resources and expertise.  We’re collaborating with countries like Canada, Mexico and the Nordic countries on girls’ education efforts.  Countries like Japan, South Korea, and the UK have collectively pledged nearly $600 million.  The United States is investing over a billion dollars through new and ongoing efforts and running Let Girls Learn programs in more than 50 countries.  The World Bank Group will be investing $2.5 billion over the next five years.  And through social media campaigns, Let Girls Learn has rallied people across America and across the globe to step up and be champions for girls worldwide.

All of this is happening because time and again, whether it’s a head of state, a corporate CEO, or a 15-year-old girl here in the U.S., when people hear the stories of girls who aren’t in school, they want to help.

That’s why CNN’s new film on global girls’ education, “We Will Rise,” airing for the first time this week, is so critically important – because it tells these girls’ stories.

This powerful film chronicles the lives of some of the girls I visited this past summer in Liberia and Morocco, two countries in Africa where many girls struggle to get an education.  I was joined in my travels by the actors and activists Meryl Streep and Freida Pinto, who are also passionate about girls’ education, as well as CNN anchor Isha Sesay.

Together, we sat down with girls in both countries to discuss the barriers they face and the dreams they hold for their futures.  Like so many girls around the world, many of these girls come from families struggling with poverty.  Some endure dangerous commutes to and from school each day.  Others face cultural pressures to drop out, marry young and start having children of their own.

But these girls have big plans for their lives.  They want to attend college and become doctors, teachers, engineers, entrepreneurs; and day after day, they do whatever it takes to get the education they need to fulfill their dreams.  They get up before dawn, and spend hours harvesting crops, cooking for their families and tending to their younger siblings before heading to class.  After school, they work as maids and in factories, and they study for hours late into the night.

I hope you will be as moved by their stories as I was – and I hope you’ll visit LetGirlsLearn.Gov to learn more about how you can take action to help girls like them worldwide go to school.

Unlike so many girls around the world, we have a voice.  That’s why, particularly on this International Day of the Girl, I ask that you use yours to help these girls get the education they deserve.  They’re counting on us, and I have no intention of letting them down.  I plan to keep working on their behalf, not just for the rest of my time as First Lady, but for the rest of my life.  I hope you will join me.