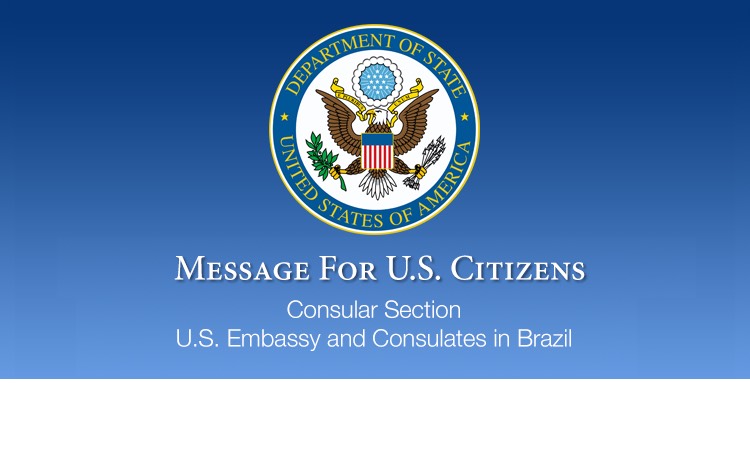 Event:  The U.S. Embassy in Brazil and Consulate General in Recife are coordinating with Royal Caribbean, other U.S. and Brazilian federal, state, and local government partners on a special charter flight to return 103 U.S. citizens and two U.S. lawful permanent residents on board the Silver Shadow in Recife, Brazil to the United States. We are working to make final arrangements for departure as soon as possible. The U.S. Embassy and Consulates in Brazil have no higher priority than ensuring the welfare and safety of U.S. citizens overseas.

Individuals concerned about a U.S. citizen passenger may contact the U.S. Consulate General in Recife at RecifeACS@state.gov.