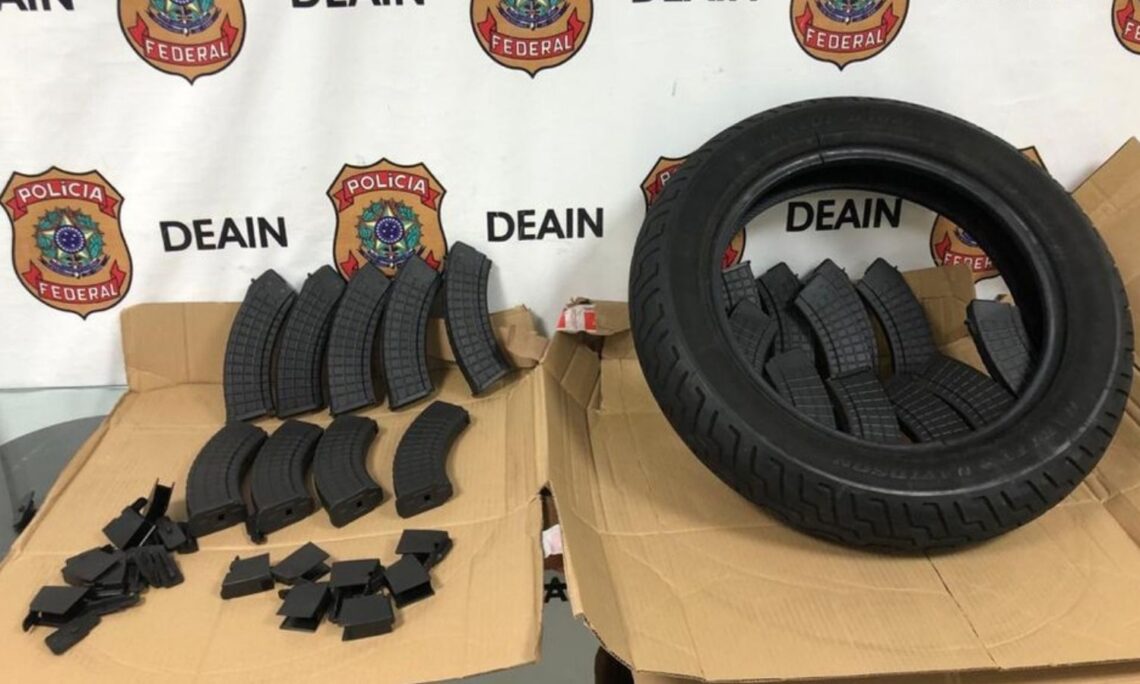 Homeland Security Investigations (HSI) and the Brazil Federal Police (PF) partnership resulted in the arrests in Brazil and the United States of key members of a major Transnational Criminal Organization (TCO) responsible for international weapons trafficking and numerous other transnational crimes. On June 1, four criminal arrest warrants in Brazil and one in the U.S were carried, one individual remains at large, in addition to eight search and seizure warrants were served in São Paulo and Rio de Janeiro by Brazilian authorities against TCO members, while an arrest warrant for a U.S.-based TCO member was executed simultaneously in Orlando , Florida, by HSI, as part of Operation Iron Tire.

These Operation Iron Tire arrests were possible due to extensive coordination and cooperation efforts between U.S. and Brazilian law enforcement. The investigation uncovered the shipment via mail of hundreds of firearm accessories from the United States to Brazil by the TCO, passing through the International Airports in Rio de Janeiro and São Paulo to supply the largest and most dangerous transnational criminal organization in Brazil. This weapons trafficking case is the first documented instance of PCC members procuring firearms and weapons accessories directly from the United States to Brazil, and the Brazilian investigation uncovered evidence that the smuggled items had been used in a violent confrontation with law enforcement in the State of Sao Paulo that resulted in multiple fatalities. Weapons and accessories were also purchased by a drug faction that currently dominates the narcotics trade in the Rocinha area of Rio de Janeiro.

On March 19, 2019, the Brazil Customs and Revenue Service at the Rio de Janeiro International Airport seized a total of five packages containing fifty-five high-capacity magazines for 9 mm pistols. Subsequently, the Brazilian Federal Police and HSI initiated parallel criminal investigations in Brazil and the United States to identify, investigate, and prosecute those responsible for these and other shipments, originating in Kissimmee and Orlando, FL, and Tucson, AZ. One of the shipments contained twenty-seven AK-47 7.62 caliber rifle magazines concealed in a spare tire, the origin of the operation name “Iron Tire.” Several additional operations took place in the United States, including a March 2019 seizure in Miami of a spare tire containing thirty rifle magazines bound for Brazil. These seizures were the resulted of real-time information exchange between Brazilian Federal Police, HSI Special Agents, and HSI Task Force Officers assigned to Brazil, Miami, and Tucson, AZ.