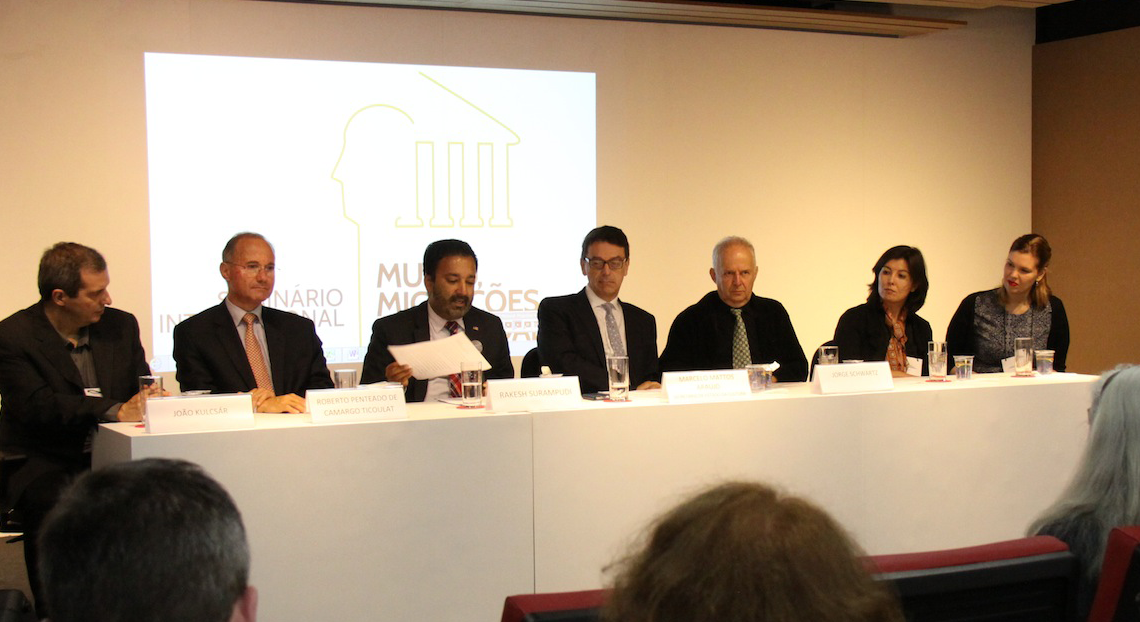 The seminar brought together for the first time in Sao Paulo museum representatives in Brazil and from abroad (United States, United Kingdom, Argentina and Uruguay) to discuss the key themes related to immigration. The lectures of São Paulo organizations covered indigenous, African and Jewish diasporas, showing the museum’s role in the discussion of identities in the state. Internationally renowned experts such as as Diana Pardue, Director of the Ellis Island Immigration Museum (New York, USA); Julia Cort, from the Horniman Museum and Garden (London, England); Diana Wechsler, from the Museo Nacional de la Inmigración (Buenos Aires, Argentina); and Irene Cabrera, from the Museo de las Migration (Montevideo, Uruguay) also participated in the event.

The opening  of the exhibit “Immigrants Portraits” was also part of the schedule of events. The exhibit promotes an exchange between the collections of the Museum of Immigration of the State of São Paulo and the Ellis Island Immigration Museum (New York). Composed of 50 photographs from the first two decades of the 20th century, the exhibit shares the similarities of the immigration scenario at the time in both countries.   The exhibition is in Brazil until September 6th. The museums also organize a similar exhibition at Ellis Island, scheduled to open May 2, remaining open to visitors until 30 September.

In his speech, Surampudi recalled the importance of immigrants to the United States and Brazil: “The nature and enormity of the history of immigration of our nations is something we have in common .. two nations that, because of our immigrants, are rich multicultural democracies leading the Western Hemisphere. “