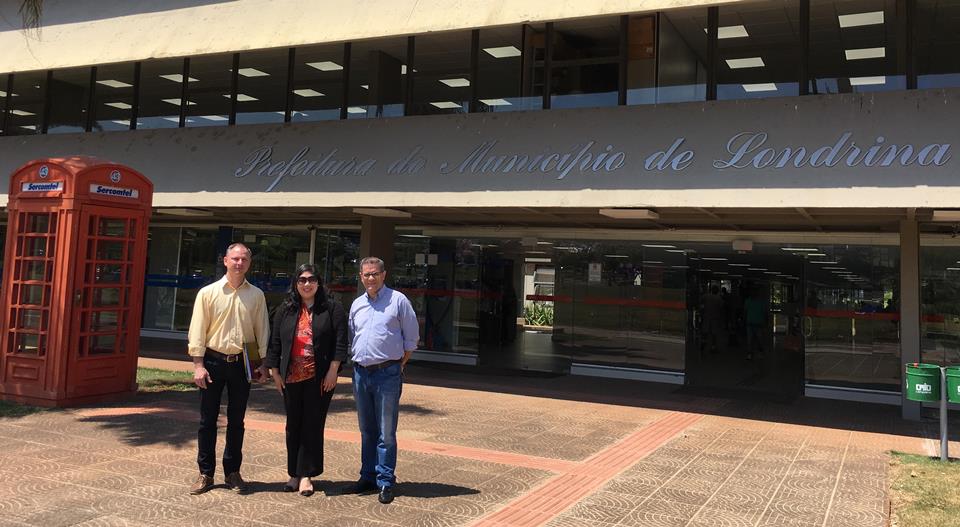 On September 21 and 22, the Information Officer of the U.S. Consulate General in Sao Paulo, Mariju Bofill, visited Londrina, one of the most important cities in the state of Parana. During the two-day trip she was able to make met with contacts in different niches of society (government, academic, media and social) and learned about the city’s history, population and development, as well as its current main affairs and economic focus.

In the governmental and social society sectors, Bofill was received at the city’s town hall by the communications coordinator Alexandre Sanches and secretary of culture Caio Cesaro, who gave her a comprehensive overview of the city’s history and constituency. She also had the opportunity to meet with members of the Forum Desenvolve Londrina, an initiative headed by local leaders and focused on mobilizing the community on behalf of the city’s sustainable growth.

The visit focused on education when Bofill visited the Instituto Cultural Brasil-Estados Unidos (ICBEU), where she met with its director Ely Torresin and gave a presentation to 50 students. She also had a meeting with the heads of the Centro para Educacao, Comunicacao e Artes (CECA), of the Universidade Estadual de Londrina (UEL), and visited the Department of Communications, which include Journalism and Public Relations faculties.

Regarding contacts with media outlets, Bofill visited the newsrooms of the newspaper Folha de Londrina, Radio CBN and TV RPC (Globo’s local affiliate), where she met with their newsroom chiefs and international editors. They exchanged contacts and Bofill spoke about the Mission’s specific programs for journalists, acknowledging that the outlets might have good candidates for exchange opportunities in the U.S.