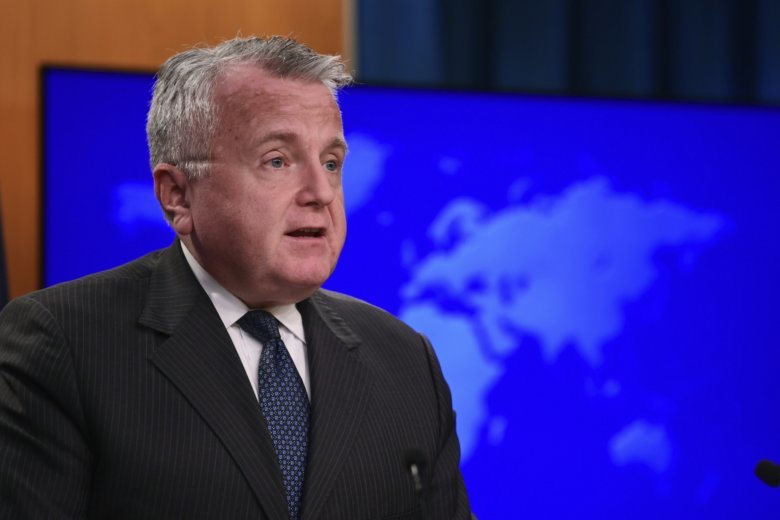 Distinguished Guests, Excellencies, Ladies and Gentlemen. It’s an honor to be here today.

Thank you, Ms. Hong, for that powerful statement, for all the work that you and your husband, and your organizations are doing. It’s an honor to stand here with you today.

I’d like to also start by thanking Secretary Mordaunt for her tireless leadership on this issue, for her government, for Prime Minister May and for hosting today’s event.

I’d also like to acknowledge the many leaders from civil society and the private sector who are gathered with us here today.

On behalf of the United States, it’s a privilege to co-host this extraordainarly important event with Argentina, Australia, Bangladesh, Bahrain, Canada, Nigeria, and the United Kingdom.

Last year, I was honored to be here for the release of our international “Call to Action” to end human trafficking, also known as modern slavery. It reflects a framework for addressing what continues to be a global crisis, as we’ve just heard so powerfully from Ms. Hong.

Today, there are an estimated 25 million victims of forced labor around the world—a quarter of whom are children. Behind those victims is a massive industry that nets about $150 billion in annual profits. Coordinated and sophisticated, it operates under the nose of each of our governments. The Call to Action recognized that we all share a responsibility to fight back and the United States remains determined to do our part.

At the event last year, I was proud to announce a $25 million grant from U.S. Department of State to the Global Fund to End Modern Slavery to produce a substantial reduction in the prevalence of modern slavery around the world. The Global Fund is now in the process of awarding its first round of sub-grants totaling almost $16 million to organizations combating sex and labor trafficking in India, Vietnam, and the Philippines.

The United States is proud of the outstanding work enabled by our initial grant—and now we want to do more.

So, today, I’m pleased to announcethat we are working with our Congress to make a second $25 million available to the Global Fund to End Modern Slavery as well as to the University of Georgia Research Foundation to work toward our mutual aim of ending modern slavery through transformative programs, innovative research methodologies, and the exchange of good practices. In addition, the U.S. Congress has made another $25 million available for the Department’s Program to End Modern Slavery in the coming year —bringing our total investment for this important program to $75 million.

It’s our hope that this will inspire other governments and private donors to contribute their own resources —as the United Kingdom has done – toward the shared goal of eradicating modern slavery in all its forms.

These funds are a continuation of the United States’ efforts under this Administration’s leadership to end human trafficking.

The U.S. government is also seeking new ways to leverage input from human trafficking survivors when crafting our laws and strategies.

At the State Department, we’re taking new strides to integrate survivor input into our anti-trafficking policies and programs.

Our Office to Monitor and Combat Trafficking in Persons is developing a groundbreaking initiative that will incorporate input from survivor consultants to help us enhance our programs, while also compensating them for their expertise.

This initiative is a tremendous opportunity to heighten our effectiveness and refocus our work on the harsh realities of trafficking that only survivors can fully understand. More broadly, it is a part of our effort within the Department to open up a new chapter in our work on trafficking.

The Administration has also nominated a new leader to help us write that chapter. We are hopeful the U.S. Senate will soon confirm Mr. John Richmond as the State Department’s new Ambassador-at-Large to Monitor and Combat Trafficking in Persons.

Let me close with one final announcement—this one in concert with the governments of Australia, Canada, New Zealand, and the United Kingdom. It is with great pride that the United States joins with these nations today in introducing a set of core principles to guide government action to combat human trafficking in global supply chains.

These principles outline key action in four areas critical to preventing forced labor in global supply chains: Government procurement, private sector cooperation, responsible recruitment, and harmonization of laws and policies. We hope that these principles will serve as a mechanism for sharing the most promising practices between all of our governments.

However, we need to keep in mind that this responsibility does not rest solely on government. Effectively combating trafficking in supply chains requires strategic cooperation with civil society and most importantly, the business community. Fortunately, there are already many promising efforts underway in the private sector to discourage forced labor, and the principles we’re releasing are intended to complement those efforts.

To share the corporate perspective on these principles, we’re pleased to have some of our partners from the business community here today. I am happy to see so many influential business leaders in the room for this event.

So in conclusion, I’d like to thank again Secretary Mordaunt for her leadership and for organizing today’s event. Through strong partnerships like those on display here today, we can do even more to put an end to human trafficking.