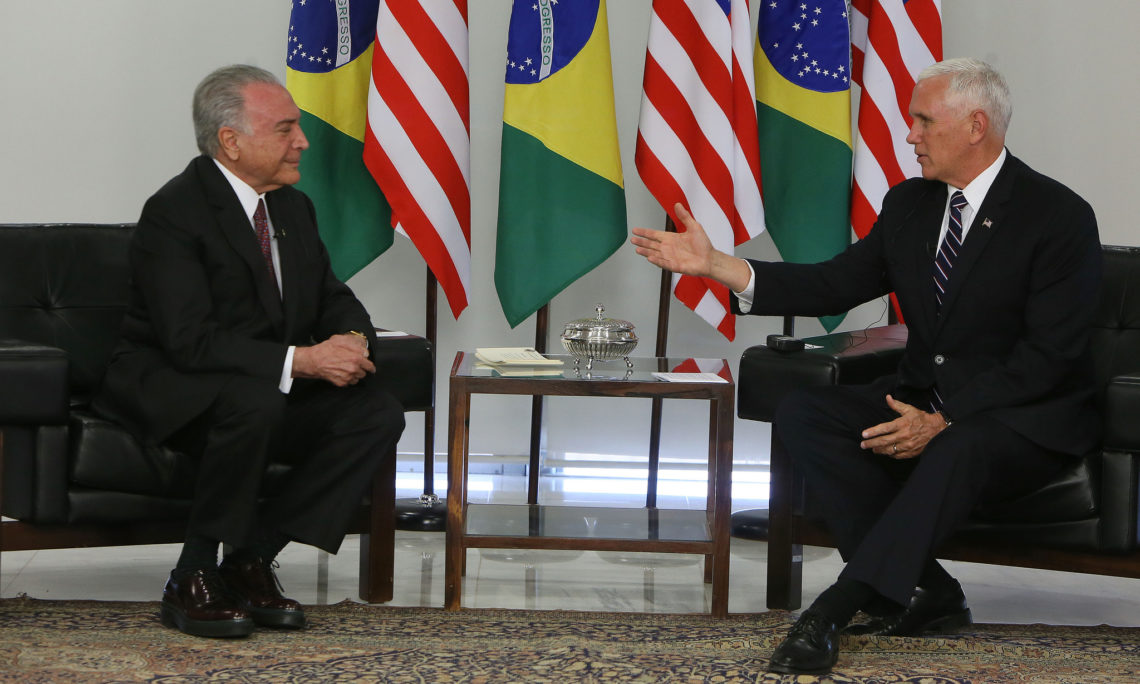 On June 26, 2018, on the occasion of the visit to Brasília of the Vice President of the United States of America, Mike Pence, opportunities were discussed for expanding bilateral cooperation in strategic areas, including outer space. During a meeting between President Michel Temer and Vice President Pence, who serves as the Chair of the United States National Space Council, they specifically discussed ideas on Brazil-U.S. cooperation on the peaceful uses of outer space.

– reaffirm their respective support for activities that increase the understanding of outer space and enhance its peaceful development, which is in their mutual interest and contributes to the prosperity of both countries and of the world;

– consider that benefit is to be gained by both sides from furthering cooperation in outer space for peaceful uses such as human space flight, space science, and commercial and civil space endeavors;

– recognize the increasing importance of outer space activities and welcome recent efforts towards bolstering the space sector in their respective countries, such as through the establishment of Brazil’s Committee for the Development of the Brazilian Space Program and the re-establishment of the United States National Space Council;

– pledge to continue to promote their mutually beneficial relationship in the future through instruments conducive to joint cooperative endeavors in outer space;

– also welcome the understanding between the Brazilian Space Agency and the National Aeronautics and Space Administration (NASA) for cooperation on the Scintillation Prediction Observation Research Task (SPORT), which is intended to study ionospheric phenomena that lead to disruptions of the Global Positioning System (GPS) network and space-based communications systems.