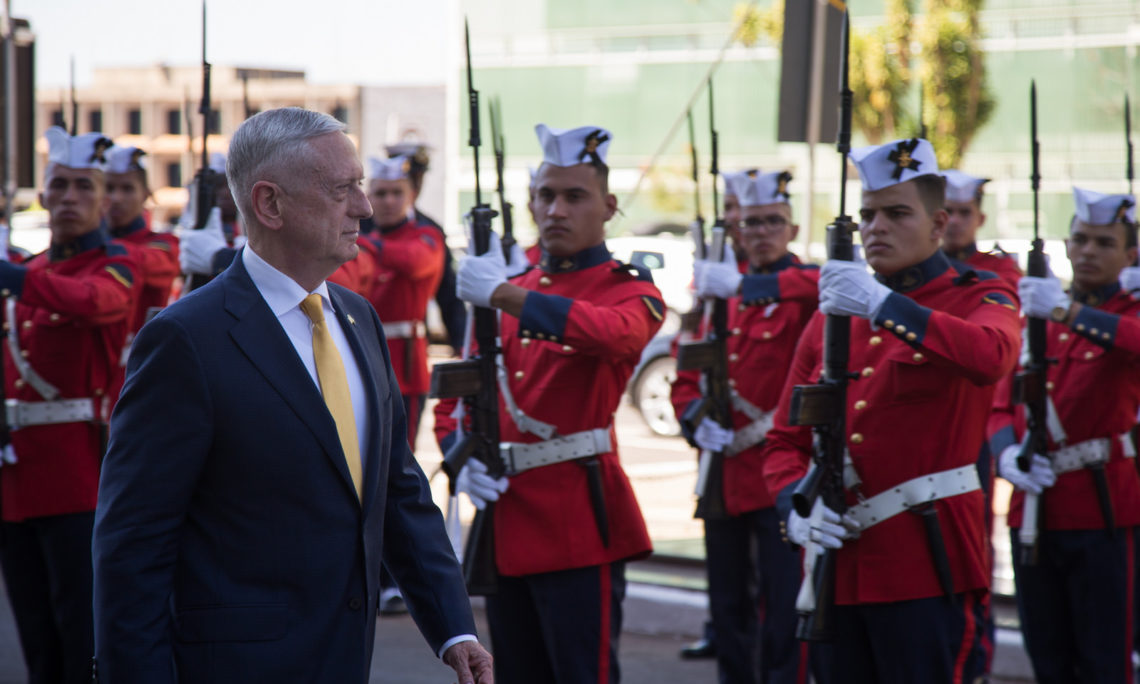 Defense Secretary James N. Mattis arrived in Brazil today for the first stop of a trip to assess the military-to-military relations between the United States and its South American partners.

The secretary told reporters traveling with him that the U.S. is looking to expand its partnerships with the nations of the region where it makes sense to do so. The secretary will visit two cities in Brazil before moving on to Argentina, Chile and Colombia.

The U.S. has good military-to-military partnerships in the region because of shared values, the secretary said, noting that while the United States does not have a large military footprint in Latin America, it does have strong partnerships.

“We are looking to expand partnerships where it’s mutually beneficial,” Mattis said. “No hesitation at all. We see Latin America as our neighbor. Some people say we don’t pay much attention to it. That is certainly not the case in the military. You don’t see large military formations down there, because the nature of our relationship doesn’t require that. And we work together across a wide number of issues, and military is simply one of many.”

In answer to a reporter’s question, the secretary discussed his reasoning on establishing the Space Force. He said that in his first month as defense secretary he discussed with President Donald J. Trump and Vice President Mike Pence how to organize the military for space operations. The department understood the importance of the space domain, and was looking for the best solution to the challenge of space, Mattis said.

But setting up the Space Force last year was too soon, he added. “I was not going against setting up a Space Force; what I was against was rushing to do that before we define those problems,” he said.

The defense secretary said Congress must pass legislation to establish a sixth armed service. “We’ll get this reorganization as far as we can take it, based on solving, developing and defining the problem, and then they’ll go to the Congress,” he said. “We’ve got to work up what the actual organization looks like. … And we have the White House’s support on this.”