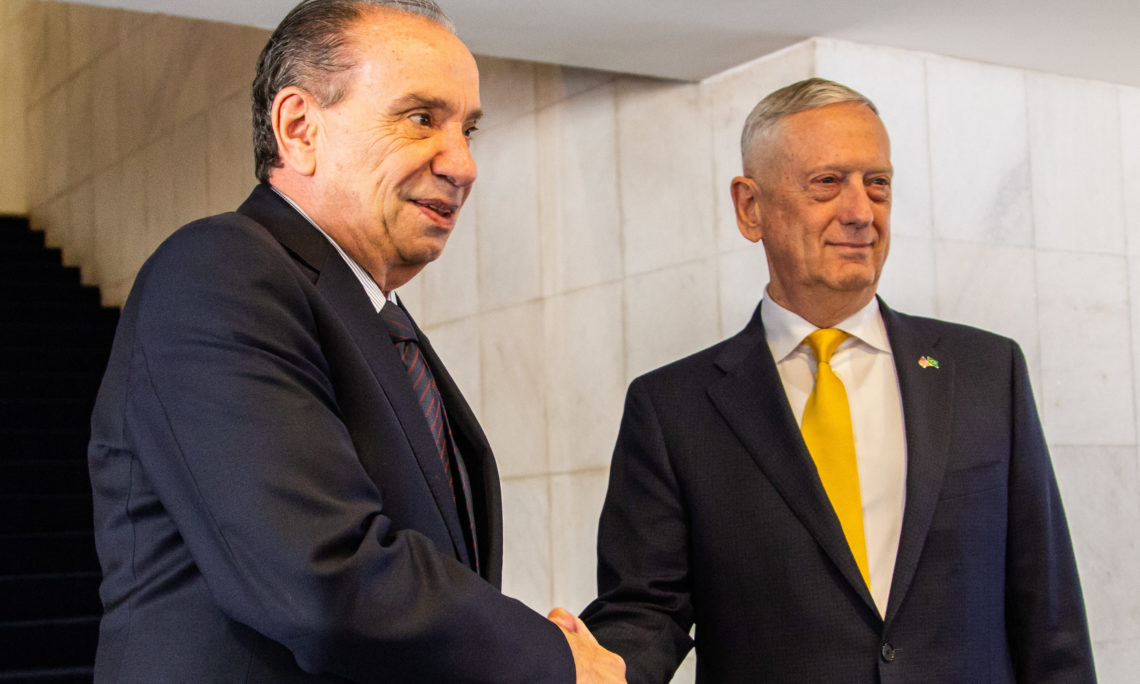 In a statement summarizing the meeting, White said the leaders discussed a broad range of defense issues, and the secretary thanked the minister for his country’s global leadership in peacekeeping missions around the world.

“They agreed their countries’ common values of Inter-American principles of human rights, the rule of law and peace are a solid foundation for a long-term strategic partnership,” White said.

Mattis is in Brazil on the first stop of his first visit to South America since taking office. Officials said the trip – in which the secretary also will visit Argentina, Chile and Colombia — underscores the department’s strong defense ties that are critical to a collaborative, prosperous and secure Western Hemisphere.