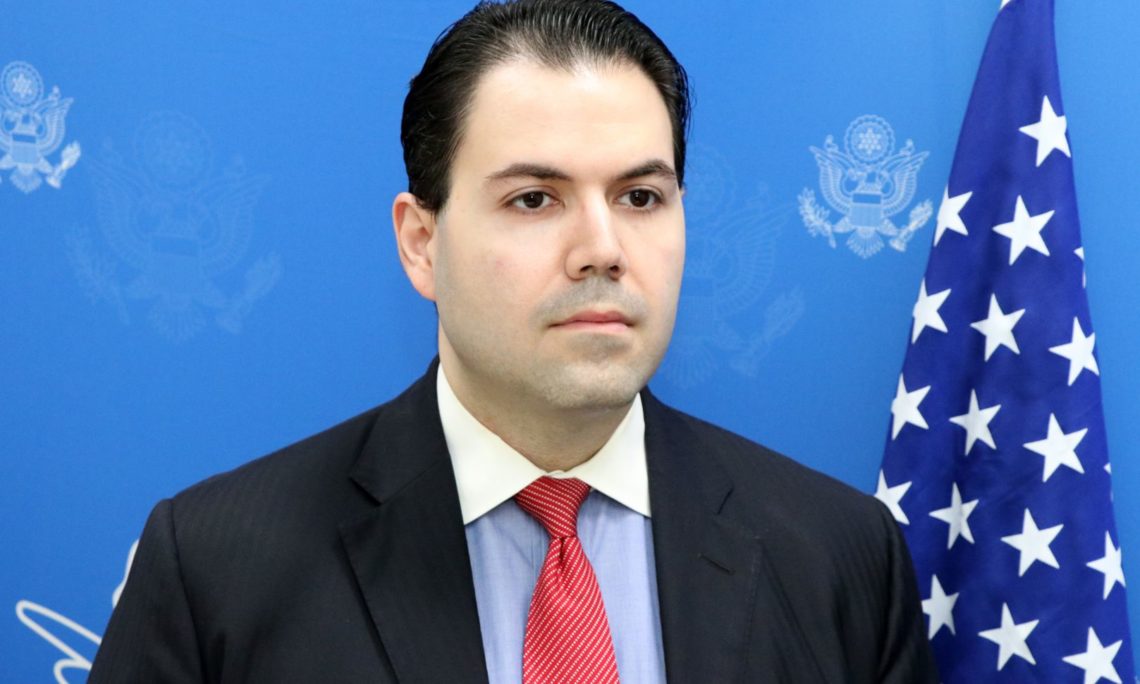 The Civil Police of Rio de Janeiro honored on May 24 Matthew N. Jackson, Foreign Service officer and Diplomatic Security Service (DSS) agent with the U.S. Department of State (DOS), with one of its highest honors: the Medal of Friendship; recognizing his work in advancing international cooperation and public security in Brazil. Jackson is the first foreigner in Brazil to receive this award, which the Civil Police first began awarding in 1988.

Jackson oversees the DSS overseas investigative program at the U.S. Consulate General in Rio as the Assistant Regional Security Officer for Investigations (ARSO-I). He was recognized for his work with Brazilian law enforcement in combating transnational crime, providing assistance, and increasing its collaboration with U.S. law enforcement. According to Jackson, he and the DSS Agent teams in Rio, Sao Paulo, Recife, and at the U.S. Embassy in Brasilia have supported the Brazilians through training in law enforcement methods and techniques that are essential to Brazil’s efforts to secure its borders and fight narcotrafficking, gun violence and organized crime. At the same time, the partnership greatly helps the United States.

“This partnership,” Jackson said, “aids the United States by advancing our national security and increasing our border integrity.” He is proud of an initiative that gives U.S. law enforcement direct access to Brazilian counterparts who are proven, trustworthy partners in the sharing of information essential to investigations. Jackson highlighted another example of DSS efforts in Rio: arranging for the U.S. Bureau of Alcohol, Tobacco, Firearms and Explosives (ATF), to help train Brazilian law enforcement in their fight against gun violence.  Rio de Janeiro recently created the first state-level police unit solely dedicated to combatting arms trafficking. The unit’s appreciation for the expertise provided by the ATF and DSS further cemented the existing partnership.

“Weapons trafficking is an enormous problem and a major concern for both the United States and Brazil, especially because it fuels drug-related violence,” Jackson said. “But our partnership with the Brazilians has yielded some powerful results in the fight against transnational crime.” Jackson then spoke of a bilateral collaboration between DSS, other U.S.  law enforcement agencies and the Brazilians that resulted in the largest cocaine seizure ever in in the Costa Verde region of Rio de Janeiro.

His two years as ARSO-I in Rio have been personally satisfying by providing the opportunity to blend diplomacy with law enforcement, two professions with very different perspectives and approaches to issues. “I have seen how the intersection between law enforcement and diplomacy increases U.S. national security while also bolstering the partner nation’s efforts to improve its own security,” Jackson said. “Everyone wins.”

As ARSO-I, Jackson works very closely with the Consular Affairs unit of the Rio Consulate, which controls the issuance of immigrant and non-immigrant visas for foreigners wanting to visit or resettle in the United States. “Consular’s process for evaluating visa applicants is the first line of defense against those who wish to enter the United States and cause us harm,” Jackson said. “One of my principal duties is to assist my colleagues as they work to guarantee that only legitimate applicants are able to travel while ensuring that others are thwarted from obtaining visa to enter the United States.  Information sharing between the United States and Brazilian law enforcement is critical to that process. Brazil provides a beautiful example of the benefits to the United States of close cooperation with a partner country.”

Jackson joined DOS in 2010. His prior postings were in the New York Field Office and Yemen. A native of New York City, he is a graduate of Harvard University and the University of Virginia School of Law.