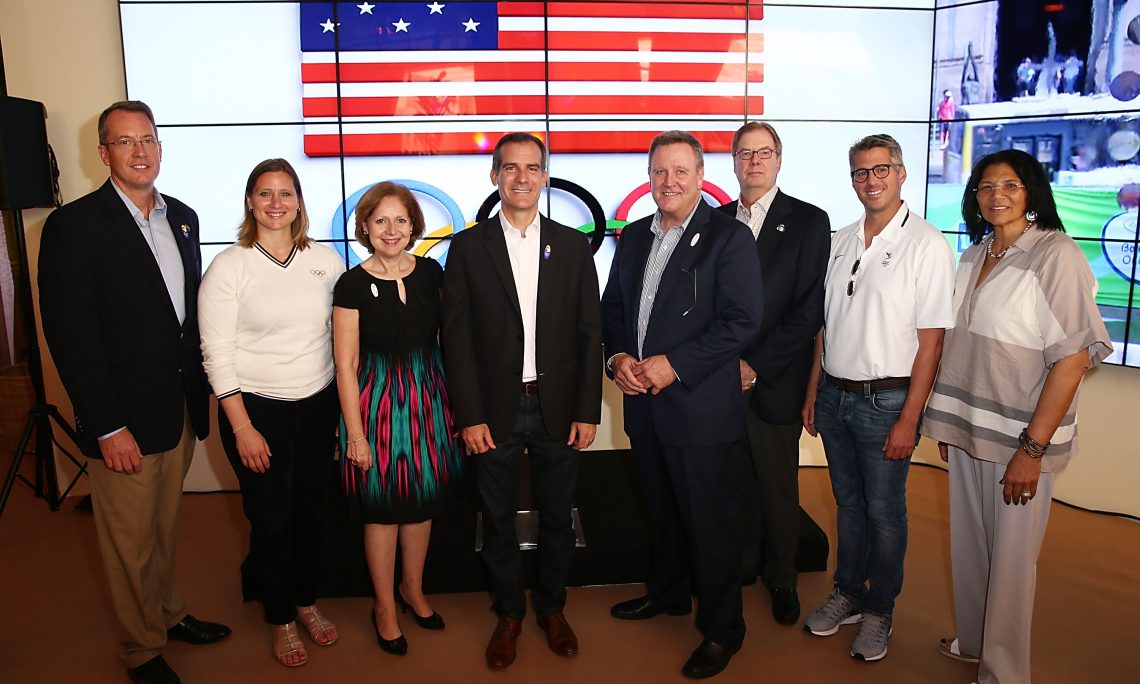 Ambassador Ayalde welcomed Mayor Garcetti, stating, “Today we are very pleased to have many of you that have joined Mayor Garcetti in this initiative to bring the Olympics back to Los Angeles.  And we are so excited to have this opportunity because we can feel the energy and the connection between Rio and Los Angeles (LA).”

Los Angeles Mayor Garcetti expressed the following regarding the Los Angeles Olympic bid, “Having warmly welcomed the world for the Olympic Games in 1932 and 1984, Los Angeles is a city that lives and breathes Olympic sport – it’s in our DNA. The Olympic passion on display here in Rio reminds us why we are working hard to bring the Games back to LA. The Olympic values of friendship, respect and excellence are more relevant today than ever before, and, just like Rio has done for the 2016 Games, we hope to be able to put the best that our city has to offer – creativity, innovation and proven Olympic experience – at the service of the Olympic Movement in 2024.”

If the International Olympic Committee (IOC) awards Los Angeles the final nomination, it will become the first American city to host the Summer Games since Atlanta 1996.  Additionally, it would be the city’s third time hosting an Olympic games, having previously hosted the Summer Games in 1932 and 1984.  The projected July 28 start date for the 2024 games falls on the 40th anniversary of the last games to be hosted in Los Angeles.  Join their #FollowTheSun campaign.

Los Angeles 2024 will hold a press conference featuring Mayor Garcetti, LA 2024 leaders, US IOC members and Olympic legends at the Main Press Center, Frevo Room at the Barra Olympic Park on Tuesday, August 9 at 10:00 AM.  Interviews will be available after.