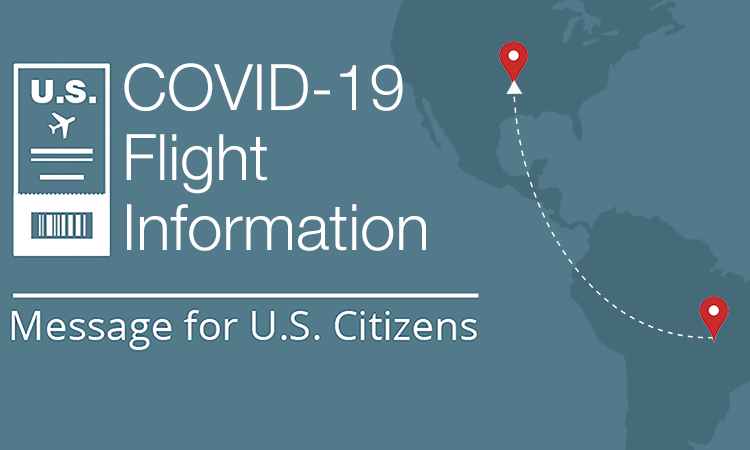 On March 27, Brazil announced the closure of its air borders, beginning on March 30, 2020 for 30 days, to individuals arriving by air who do not fall into one of several categories available here.  The announcement does not prevent individuals from departing Brazil on commercial flights.  However, given the decision to limit the entry of foreign nationals, the availability of international flights may decline.  If you are not prepared to remain in Brazil for an indefinite period, make immediate arrangements to return to the United States.

The U.S. Embassy in Brasilia would like to inform U.S. citizens in Brazil that some regularly scheduled commercial flight options remain available departing Brazil for the United States.  Note:  U.S.-bound international flights are currently available out of Sao Paulo (GRU) and Campinas (VCP) airports. Domestic flight schedules within Brazil have been reduced by approximately 90%, and U.S. citizens currently outside of the international gateways identified above should also monitor their ability to obtain a connecting flight by consulting the website of their nearest airport.

Please see below the remaining available commercial flights to the United States that the U.S. Embassy in Brasilia is aware of as of March 30 at 12:00pm. (Note:  All flights are subject to change.  If you are booked on a flight and do not see it on this list, please check with your airline for the latest status information.) :