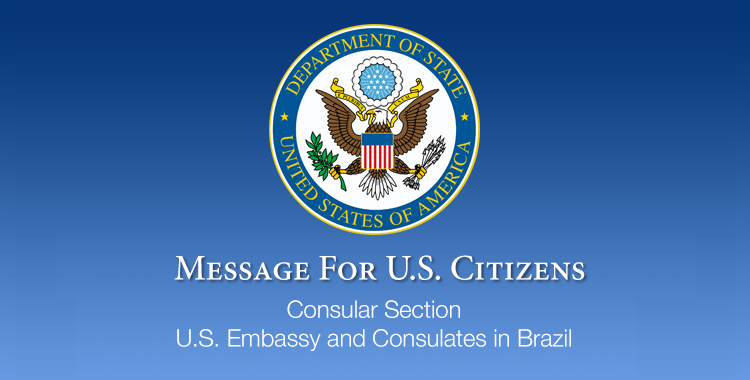 The U.S. Consulate in Rio de Janeiro informs U.S. citizens that local airport authorities advise passengers departing on Monday, August 22, 2016 from the Antonio Carlos Jobim International Airport (airport code GIG), also known as Galeão, to arrive six hours before international flights and two hours before domestic flights. With the end of the Summer Olympic Games, they anticipate double the amount of normal passengers and airport authorities expect Monday to be the busiest travel day in the airport’s history.

The city of Rio de Janeiro has declared Monday, August 22 a local holiday to help ease traffic congestion as tens of thousands of Olympics visitors depart the city. It is advised to build additional time into your schedule to account for traffic on route to the airport. U.S. citizens should ensure they have their passport and other important documents with them before departing for the airport.