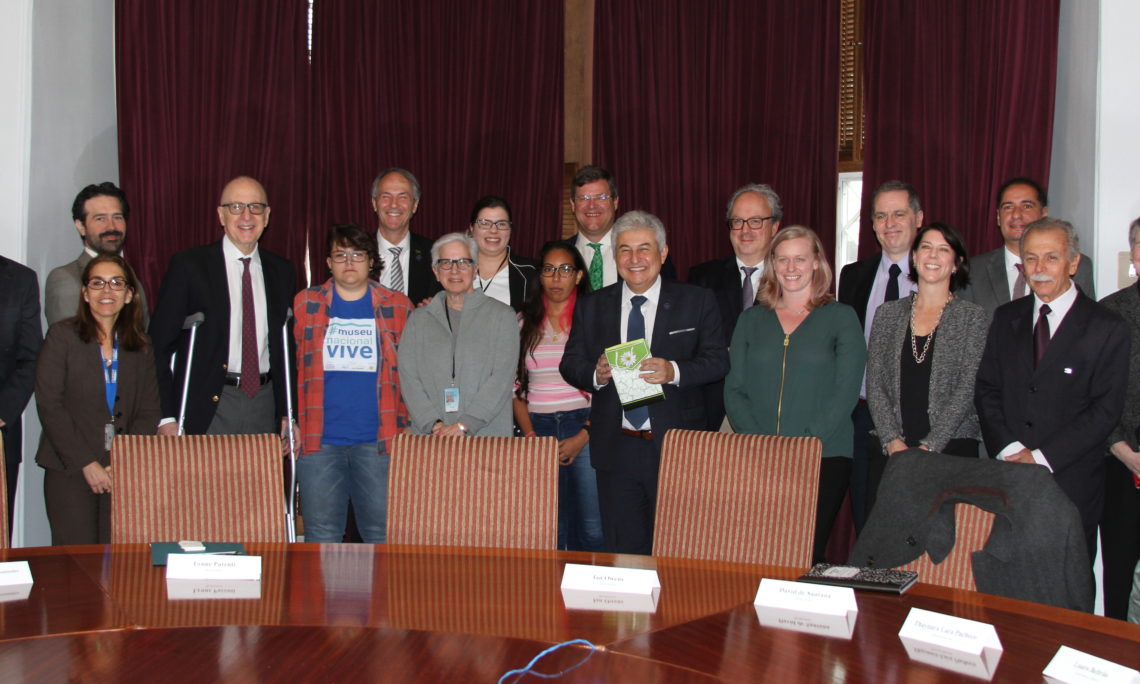 During the visit by President Bolsonaro to Washington, Minister of Science, Technology and Innovation Marcos Pontes and State Department Deputy Assistant Secretary Jon Piechowski met with fourteen researchers impacted by the National Museum of Brazil fire. The researcher were conducting research at the National Museum in Rio de Janeiro and lost their work in the September 2018 fire that decimated the building and a large part of the Museum’s rich archives. They will conclude their research in museums of the Smithsonian Institution in the United States.

The U.S.-sponsored initiative will assist the scholars who had documents, specimens and other items essential to their research destroyed by the fire, making the completion of their experiments and research projects impossible. The research areas are diverse and include, among others, indigenous languages, ethnology, carcinology, arachnology and paleontology of vertebrates.

Our governments have increased support for students and teachers, focusing on English study and science, technology, engineering, and math (aka STEM).  As an example, with generous support from the Brazilian government, the United States hosted almost 600 Brazilian English teachers at 17 universities in the United States in 2018, we have developed STEM-Tech camps and exchanges for STEM teachers, and we are working to improve the institutional ties between our universities. Since 2003, we have sent 500 Brazilian high school students to the United States as part of our Youth Ambassador program.

To learn more about our educational programs and initiatives, please read: Factsheet – Brazil-U.S. Initiatives in Education